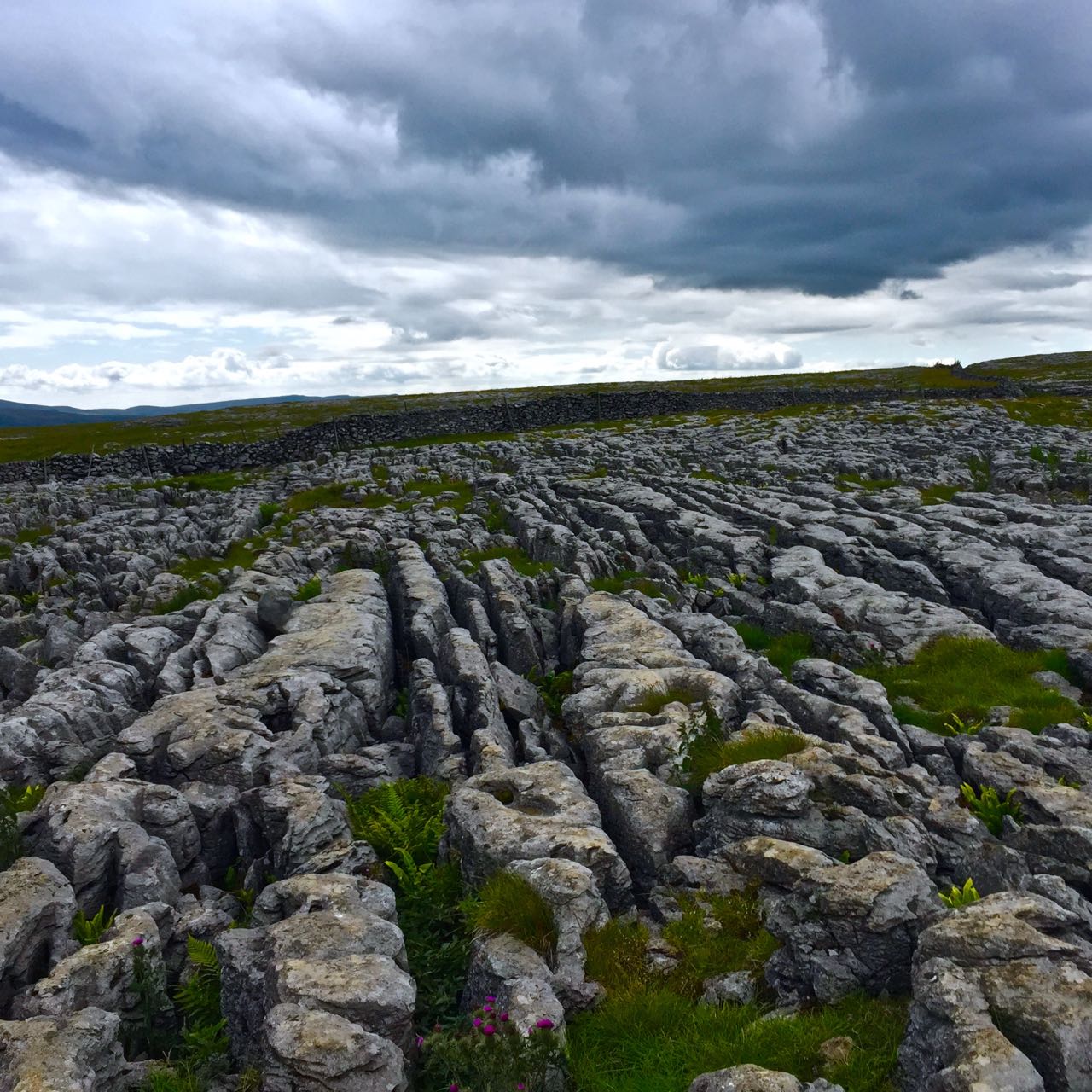 On the road again.
After resting for 5 days my ankle and my toe seem better so we continue our trip up north.
We decided to take things slowly for the start and made our way to Horton-in-Ribblesdale from where we would walk to Ingleton. The route was about 14km and had an ascent of 483m taking us to the top of mount Ingleborough at 730m. The route itself took us over some meadows and along some old Roman roads, or what was left of them, and slowly up to the peek or should i say plateau of mount Ingleborough from where we had some really great vistas. Weather was ok, it was dry which is good, and not too warm, also good. It took us almost five hours to complete the hike.

The descent was actually more strenuous than the ascent and my toe started playing up again, but it was bearable.
The Route


And as always some pictures
Next morning.
After a good full English, finally with black pudding, it was time to continue our journey.
Since yesterday went quite well decided to walk a little further to a small village called Dent.
Should be about 17km with a slight ascent to the end.
The first quarter took us up meadows again, fortunately we soon came on to a small asphalted lane that made walking easy, which I found very convenient. Two thirds of the hike would continue on this small road. So far all went well and only a few fairly steep ascents made the route slighting more challenging. After we had walked approximately three quarters of the way we came to a crossing and faced a choice:
a: Continue on the easy road all the way to Dent.
b: Take the route over the mountain, off the road and into the unknown.
We chose b.
It didn’t take long for us to regret the decision, what started out as a rocky gravelly road soon turned into a riverbed with water running through it (not much) and swamp and mud on both sides, and no chance of avoiding it.

Well it can’t stay this way for ever, or can it? You probably guessed right, IT CAN !
So we swamped on for about half of the hike when slowly the swamp, mud and water came to an end and we started the last quarter of todays hike, the descent to Dent.
Hooray! Almost there. The descent proved to be a challenge of its own. almost 1km of steep downhill, slippery wet round stones and gravel. It took us ages to reach Dent.
Dent by the way is a beautiful little village, we took some time to explore it. Really nice!

Ok. Did you notice what doesn’t add up about the route ?

Scroll to the end for the answer…

And as always some pictures