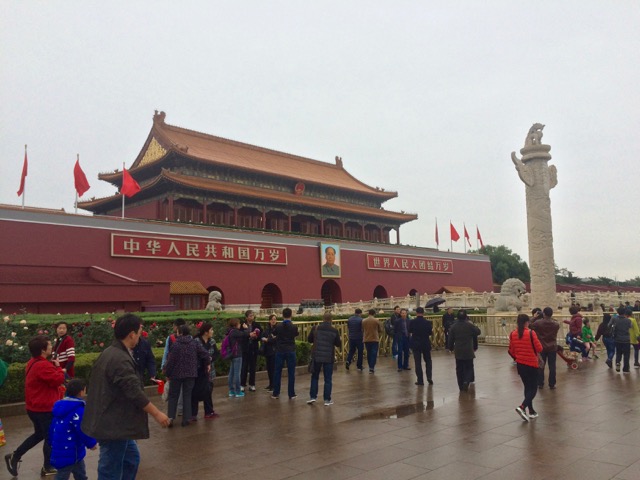 Beijing was our first impression of China. To us it seemed more like three cities in one.

There is the modern Beijing where people live and work, it’s very alive, a bit scruffy, busy, loud and quite chaotic, especially the traffic. Always watch out for traffic, they’re out to get you. Beijing is not at all as organised as we thought it would be, at least on the outside, can’t really say what its like working there.

Public transportation is as cheap as it gets, a bus ride is about 1 yuan (0.13 €), the underground from 2 to 4 yuan. Even longer bus rides to other towns (1-3 hours) cost less than 10 yuan. According to Kate Melua there are 9 million bicycles in Beijing, seems she hasn’t been there for a while now its more like 7Million E-Scooters and 2 Million Bikes, the others are left to perish in backstreets, poor bikes :( 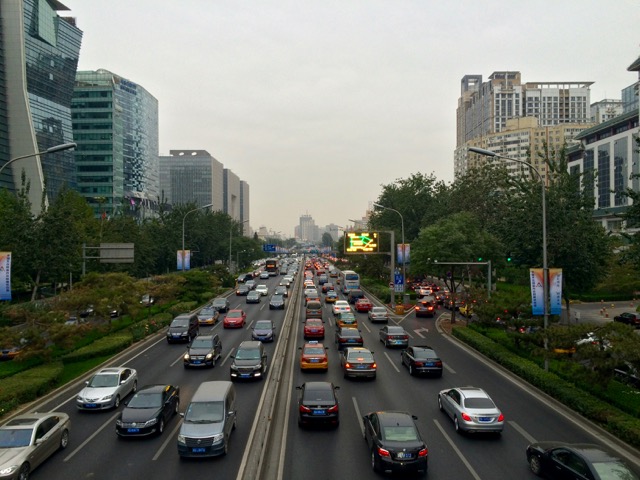 Don’t trust the guys who try to fix you up with a Taxi, they will try to charge you up to 8 times the amount. Worst of all they lie to your face telling you the underground costs 70 yuan p.p. , or there are no busses going to your destination. Luckily we were prepared, only once we payed like three times the amount but we did want to get to our Hotel quickly and skip the queue so that was ok. The normal procedure to get a Taxi from the train station is to go to the Taxi stand and wait in line 30-60 minutes , so if you are prepared to pay more you don’t need to wait. Taking the underground is really easy, and all stations are written in English and Chinese. The ticket machines are also in English and very straight forward to use.

Chinese people are quite distant, they don’t seem too friendly at first but when you come into closer contact with them they open up and are quite nice. I guess this is due to the amount of people living here. It can get quite crowded.

Then there is the old Beijing were all kind of people hang around, work and live, the Hutongs. They are very alive, a bit scruffy, busy loud and quite chaotic, especially the traffic. Always watch out for traffic, they’re out to get you. (see what I did there, I copied some text, Chinese like copying, too).

Hutong’s are traditional living quarters, about half of Beijings population lives in them. While they where getting less, now Beijing has started conserving them. Some are really nice with nice little shops, traditional restaurants and cute cafés. Definitely a must see while in Beijing. 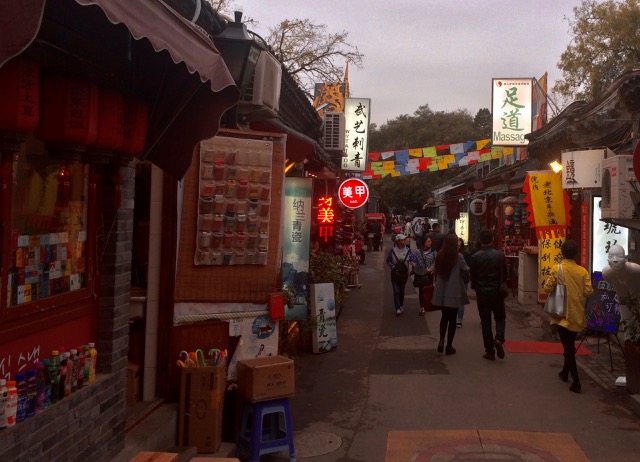 Then there is the Beijing where the tourists go. It’s very alive (crowded!), not so scruffy, busy, loud and quite chaotic, especially the traffic. Always watch out for traffic, they’re out to get you. (Oops, I did it again, I copied some text, Chinese like copying too, remember?). Of course we had to visit the Forbidden City. These days it’s only forbidden if you don’t pay the entrance fee. It is well preserved, and an incredible amount out tourists from around the world including China come here. Its really big, quite easy to get lost, and really fascinating if you’re into Chinese history, but I won’t go into all that here, plenty information to be found online.

There’s plenty of street food to be found in Beijing, all in all the food can be anything from excellent to tummy turning awful, but I guess you get that everywhere. Our favourite place was “Grandma’s” in a Hutong… more on that later.

Electronics are cheap and to be found everywhere, all made in China, feels almost like home. 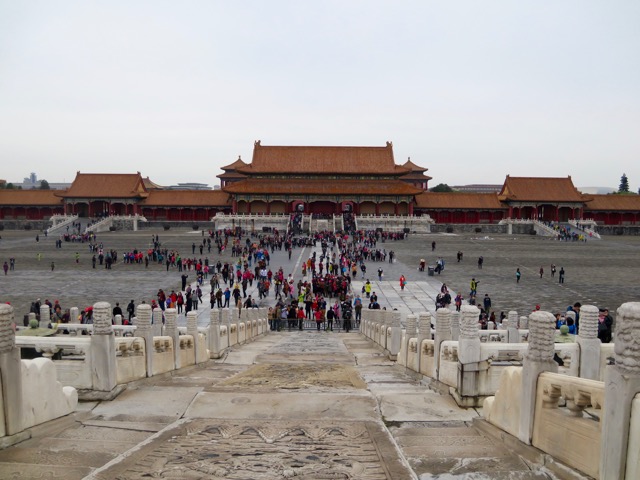 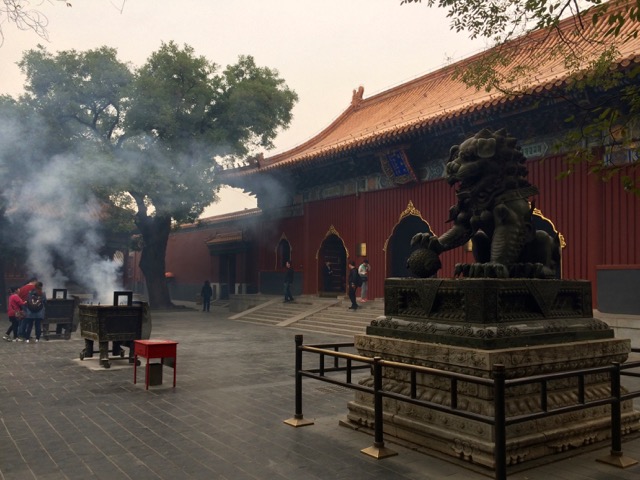 We’ll add more pictures as soon as we have faster internet.

A sim card should hopefully fix the problem.