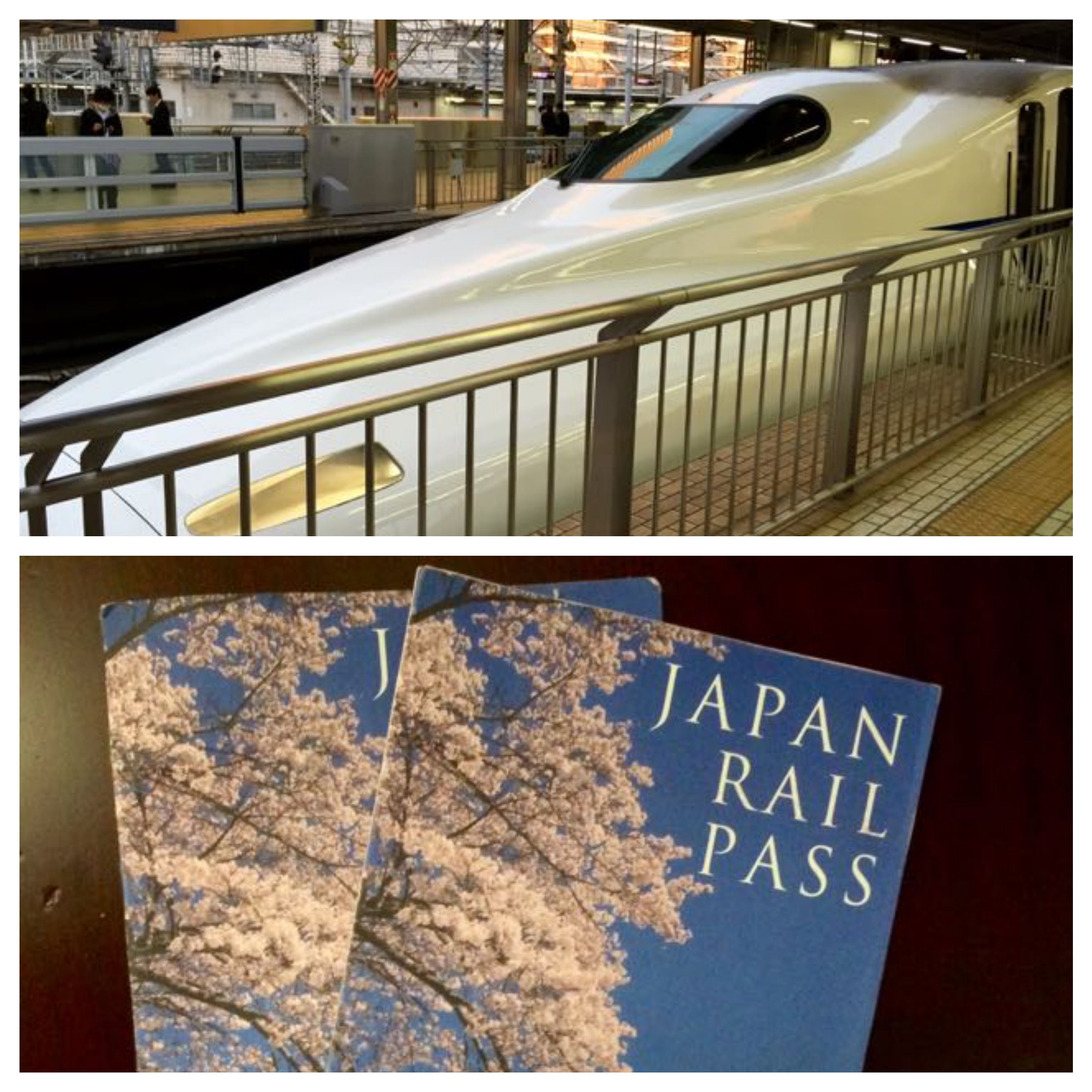 …having travelled through Japan with JR (Japan Rail), I feel like I need to tell you some things. No, I am not going to rant about the ongoing train driver’s strike, though it’s apparently en vogue in Germany (which is sad, by the way, but as I said, this is not what I want to talk about here). What I do want to talk about, is how exciting and great it is, to go anywhere in Japan by train.

We’ve been on eleven train journeys altogether, travelled with 15 trains, five of which were the famous bullet trains, the Shinkansen. We’ve spent a total time of 834 minutes in transit. And guess to how long all the delays sum up? SIX minutes! There was actually one Limited Express (something between an Intercity and a regional train I would say) from Nagiso in the Japan Alps back to Nagoya, that was six minutes late. That’s it. No other delays. All the other trains, from local private railway to Shinkansen, have been on time. You can actually set your watch to their arrival and departure. Having travelled extensively on German trains, that’s a surreal experience.

I know you cannot compare the railway networks between Germany and Japan. I’ve heard the high speed Shinkansen trains have their own network of tracks, which makes them more reliable while in Germany all kinds of trains share the same network, more or less. But there are other things as well. Take the platforms for example. They are clearly marked as to where the different cars of a train are going to arrive. In fact, the track itself is behind a fence that has gates exactly where the doors of the cars are going to open. How often did I have to run from one end of the platform to the other end in Germany, because the regular order of cars had been changed which is only announced five minutes before the train’s arrival… This simply never happens in Japan.

So once you’ve arrived at the right platform, you have a look at your reserved seat ticket to find out which car you have to go, and get in line (yes, Japanese people form a line before entering a train, there are actually marks for that on the platform as well). Speaking of reservations: You don’t need to, but during high season (like so called “Golden Week”, when everyone in Japan is on holiday), it is strongly advised to get one. We mostly got ours only 30 minutes before departure, which was absolutely fine. But if you don’t have one, the electronic timetables at the platform (and the announcements as well) will tell you exactly which cars are for passengers without seat reservation only. So there will be no confusion about which seat is reserved and which isn’t. This system saves you the hassle if your electronic display indicating reserved seats once again fails. In German trains, I’ve seen it failing more often than actually working correctly.

So once you’ve boarded, and got to your seat, all you have to do is relax and enjoy the journey. Hopefully you’ve bought a lunch box (“Bento box”) before, which you can now enjoy. We travelled “ordinary”, not first class (which is called “Green car” in Japan), but we felt comfortable in every Shinkansen we’ve been in. Actually, even in ordinary cars, there is more leg room and the seats are wider than in German first class ICE cars I’ve been in. Even leaving the train at the right station is easier for foreigners in Japan than in Germany: The arriving announcements are made in Japanese by the conductor and in English by a recorded message, which makes it easy to understand. Another small thing you could easily introduce in German trains as well; I am sorry to tell you that the announcements made in English by German train conductors are completely incomprehensible most of the time.

Well, there are so many little things that make your train journey so much more enjoyable. Things, you could easily introduce in your trains as well, with little effort, I guess.