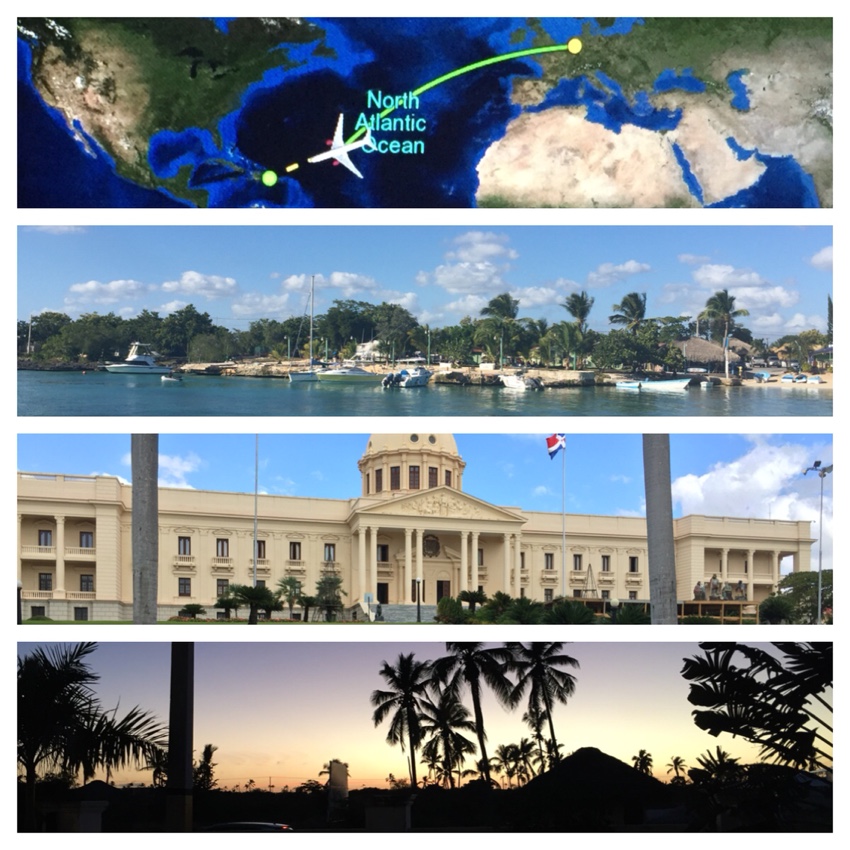 We spent almost four weeks traveling the Dominican Republic. When we first arrived we had just a vague idea what this country could be like – mostly we associated big resorts, beaches and palm trees with it. Our first destination, the Bavaro/Punta Cana region pretty much confirmed these associations. As Maria, our first host in Bavaro put it, “This is not the real the real Dominican Republic”.

And she was right. We found a different world as soon as we started our journey. We stayed with locals and expats or small hostels. Sometimes we stayed at quite luxurious places that were secured like Fort Knox, sometimes we didn’t have warm showers. We travelled in local busses, sometimes the back of pick-up-trucks. We visited the big city of Santo Domingo, busy mid-sized towns and little remote villages. An attempt of a summary of our experiences in the past four weeks:

The Dominican Republic is actually a very independent-traveller-friendly country. The public transportation system is reliable and easy to understand, even if your knowledge of Spanish is very rudimentary it is highly unlikely you get lost somewhere.

We travelled long distances, like Santo Domingo to Sosua at the north coast,  in so called “first class busses”. They are large comfortable coaches, but almost always cooled down so much you actually beginn to freeze.

On most of our journeys we used the smaller local busses, the so called “guaguas”. They don’t have common bus stops, they just pick up anyone who wants a ride on their way. The cashier shouts out the destination while the driver very slowly makes his way out of town. It also stops wherever you want to get off. A guagua can be a small bus or a pick-up-truck, and you may end up on the loading area. I actually preferred these to the small busses, because they all tend to get really crowded, and at least you get a nice breeze of fresh air during the ride, since most small busses don’t have air conditioning. Dominicans are very creative when it comes to squeeze in just another passenger when you think a bus is full… Guaguas  also serve as delivery service of all kinds. On our way from Las Galeras to Samana the guagua very slowly passed each house and sometimes honked to ask if people needed anything. Every now and then someone would come out and give the driver a list of things to get in Samana or something he wanted delivered to someone there.

For short distances in town we used the Motoconchos, where you sit on the back of a small motorbike. There is no way you want to go somewhere and not find a Moto to get you there. We’ve been asked probably more than a 1000 times if we needed a ride.

Some travel facts and figures:

Highest number of stopps on one ride, 73

Driver: “Where are you from?”

Additions to my travel playlist:

At Kite Club in Cabarete they seemed to have only two playlists: one with electronic/lounge music, that was usually played in the mornings. In the evenings they had Bob Marleys greatest hits on repeat. This song was played at least once every time I visited the Kite Club in Cabarete. I love this version of Pharrell Williams hit. It completely captures the vibe of sunny, lazy mornings and days.

Beauty in the Filth – Sapient

A downside of the Dominican Republic is the litter. We’ve written about it already when we were in Santo Domingo. However, it’s not only a problem there, we’ve encountered the same picture basically everywhere we’ve been to. It’s a shame, really. And I suspect it’s not only the horses who are responsible…

4 thoughts on “Dominican Republic: A resumé in facts, figures, pictures – and Music”