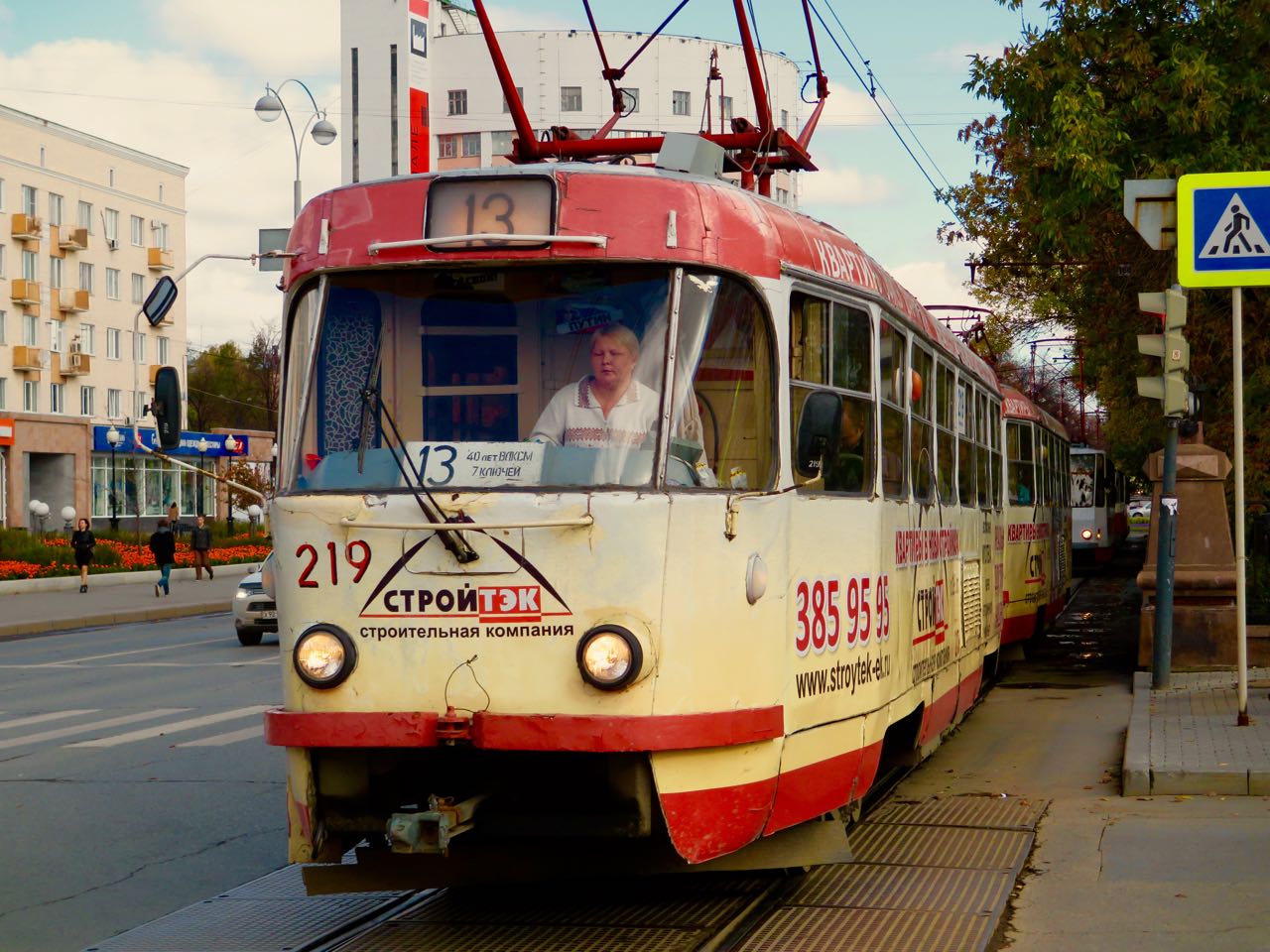 We came with no expectations to Yekaterinburg, well, except for a bloody history (murder of the last Tsar, mafia gang fights in the 90ties) and the rise of Boris Yeltsin we didn’t know anything about the city. We have to say, we were pleasantly surprised by it’s charm. Starting with the hotel, which was certainly the best we’ve stayed in for a long while. A four-star establishment, all brand new and plushy, plus they offered a great breakfast accompanied by French Chansons in a cozy restaurant. A nice treat after the seemingly endless train journey from Moscow.

Although Yekaterinburg is Russia’s forth biggest city with more than 1.3 million inhabitants it doesn’t feel that big, it’s actually perfect for walking. Some volunteers have painted a red line on the pavement that connects a lot of interesting sites for tourists on a walk of roundabout six kilometers. Which is actually a great idea, very convenient for visitors. And the sites were indeed interesting. We passed by historically important sites like the place where Tsar Nicolas II and his family, the Romanovs, were murdered by Bolsheviks in 1918. The house where the Tsar was imprisoned and murdered does not exist anymore, it was demolished in the 70s and in 2003 the impressive Byzantine-style church with the dramatic name “Church on the Blood” was built on the site. Interesting fun fact: Apparently the case of the Romanov’s murder has just been reopened, and even the Tsar exhumed….

We also came along quite a few monuments, some of them somewhat quirky, like one for the electronic keyboard and the Beatles Monument. Some other strange monuments we stumbled upon, that weren’t on the red line, were the one for the “invisible man”, consisting of empty footprints and dedicated to all the lonely people, and a Michael Jackson memorial wall and monument. Oh, and we also spotted some original Berlin Bears! We get the impression the Russians really love to put up statues…

Other than that, we found the most English Pub you can imagine outside Britain, the “Britannia”, where we had a luxurious English-Russian lunch (Henry had a Rumpsteak, that got flambéed at the table and I had a delicious Borschtsch with meat pie). And last but not least, we took a selfie with Lenin. So you see, plenty of stuff here to make your visit worthwhile.

Here are the pics: