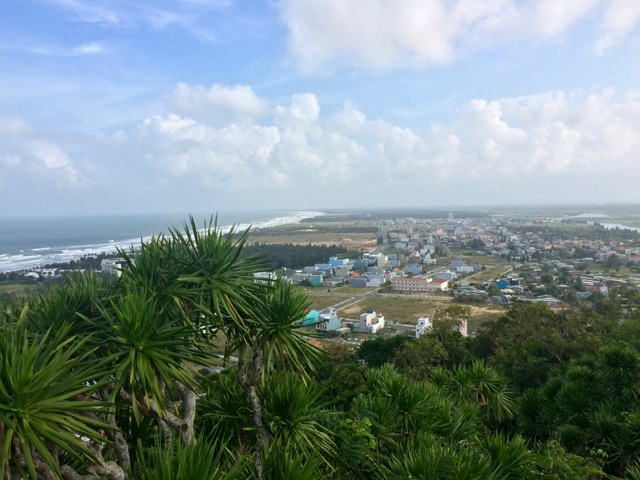 From Hanoi we took our last train on this journey to Hue, from there on we would continue by bus. A sleeper train, again, roundabout 12 hours. The trains in Vietnam may look old on the outside, but they are actually really impeccably clean inside. It could have been a delightfully calm and relaxed journey, if there hadn’t been these two small children in our compartment that practically cried and / or grumbled the whole night through. They left around four in the morning, but by then it was too late for us to fall asleep.

We had only booked one night in Hue, because we had been told one day should be enough for the small city and its sights. We arrived in the morning, so we had a whole day to explore, at least so we thought so before we had gotten on that train that would keep us up the whole night. We were pretty tired, but had to grit our teeth together and get on with it. We walked to our hotel, had some fantastic strong vietnamese coffee on the way and an equally fantastic breakfast. We checked in and – surprise, got a room update! And what an update, we got a suite with river view, for just 20 US Dollars! The best room yet, by far I’d say. In England we had payed more for campsites… 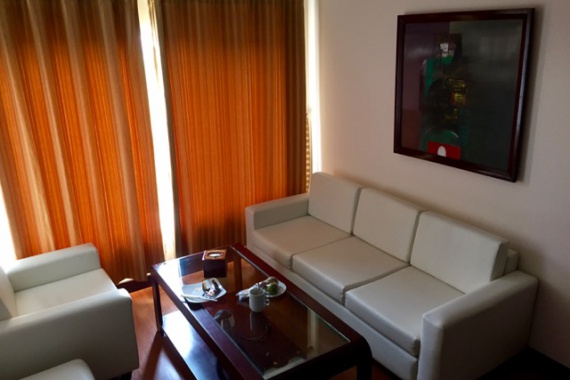 So after a short rest we decided to walk to the Citadel, once the imperial capital of Vietnam and residence of Emperor Gia Lan, who took control over Vietnam in 1802. It’s pretty big, felt bigger than the Forbidden City in Beijing. But it’s not that well preserved, parts of it took a lot of damage in in the Vietnam War. 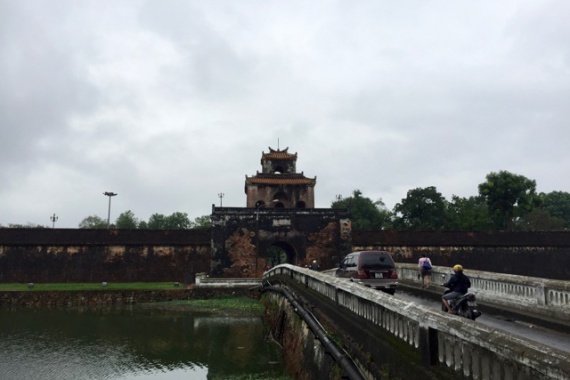 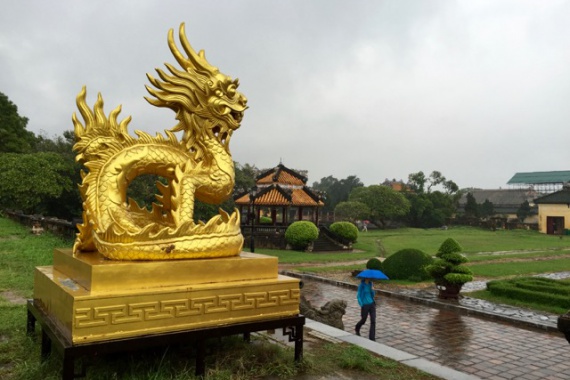 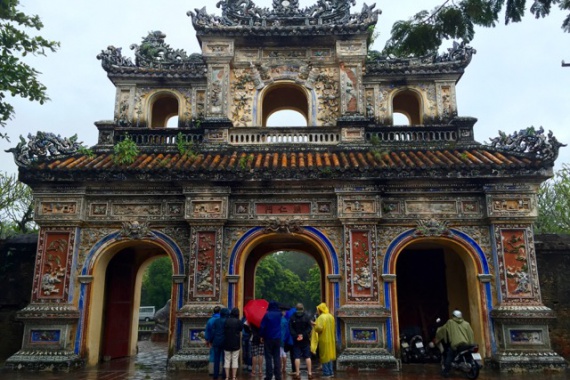 When we arrived it didn’t take long for the rain to start. At first it was only a drizzle but it soon turned into a full-grown shower that just didn’t stop. Wet and overtired we soon decided to get back to our hotel. Later at night the rain stopped and we went out for dinner. We found a little unassuming Vietnamese place the receptionist at our hotel had recommended to us if we wanted to try something local. There we had some of the most delicious dumplings we had so far:  sticky dumplings filled with shrimp on a crispy pork crackling. In case you go, try to find the restaurant Hang Me Me and go for the Banh Ram-It. 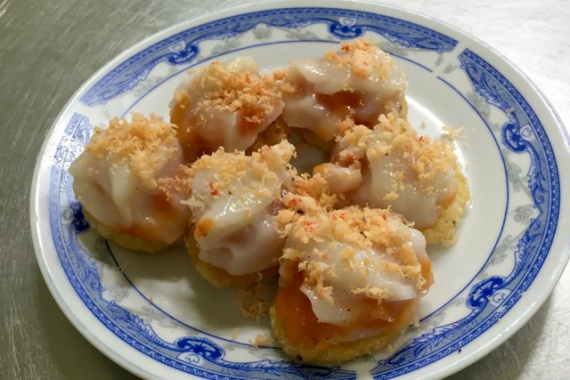 The next day it was time to say goodbye, although we were tempted to stay a night longer just because of that great room we had. But the weather outlook didn’t look nice at all, so we were eager to go further south, to finally find the sunshine again. So we got into the car with private driver we had hired the day before and off we went. It might sound a bit decadent. But you have to know the car with driver who was supposed to drive us 140 kilometres south to Hoi An only cost us 50 US Dollars. Sure, the bus would have cost us only a fifth of that, but the driver made stops at a lot of nice places on the way. For just 10 Dollars more he took the detour to one of the impressive royal tomb of Khai Dinh, that we hadn’t managed to visit the day before. Khai Dinh was Emperor of Vietnam from 1916 to 1925, and had himself built a marvellous mausoleum, that now has a romantic gothic look to it due to a lot of blackened concrete.

On our way we also stopped at Lan Co Bay, a beautiful beach, drove up the mountains across a so-called “pass in the clouds” (I wonder where that name came from…), where we stopped a couple of times to admire the view and got caught in a heavy rain shower again (the last one!), and in Danang where we explored the Marble Mountain. 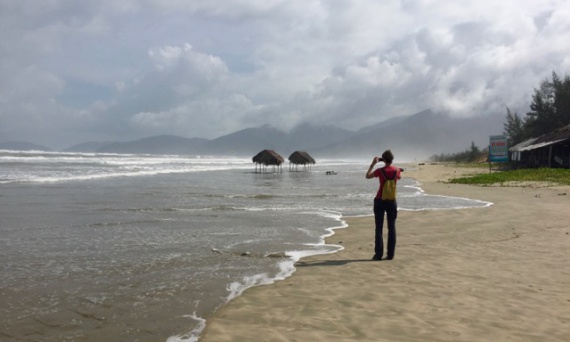 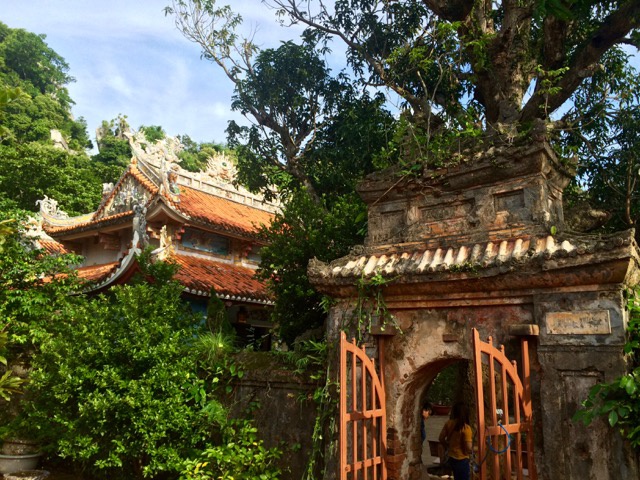 The thing about traveling Vietnam is, it makes you kind of lazy. Everything is so easy, hotels can arrange everything for you, tours and transport, and it’s all cheap as chips, it’s just so tempting to become an ordinary tourist. But it’s also really convenient, for seeing what we saw that day we usually would have needed at least two days. And it does feel good for a change, so we won’t feel guilty about it.

Next stop Hoi An, stay tuned for more…