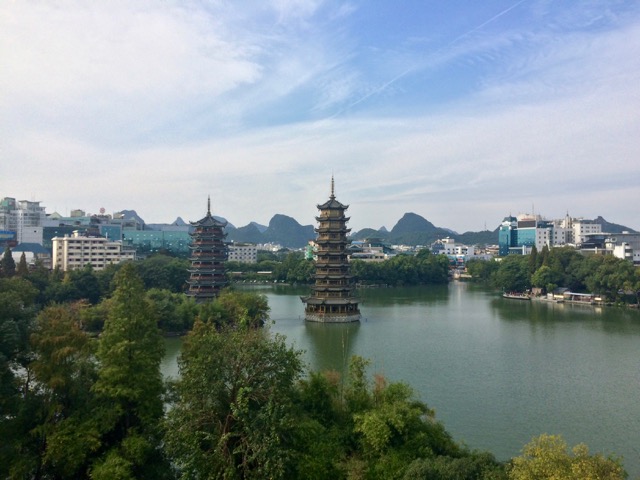 When you come with low expectations to a place, it’s likely you get pleasantly surprised. So it was with Guilin.

A Canadian couple we had met in Mongolia had told us, Guilin wouldn’t really be worth staying long, we should quickly find our way to nearby Yangshou, which was supposed to be much more beautiful.

But it turned out, the city is actually quite nice, it’s a small town (well, for China anyway, only roundabout five million inhabitants), and actually feels like that. Small, walkable, friendly. The place we stayed in also added to the pleasant first impression we got, it was hands down the best place we stayed in so far in China. More on that later. So we instantly decided stay two nights instead of just one.

So why go to Guilin?

First, there is the best goose in China. In a place called Chun Ji Company. It’s a Chinese chain restaurant, they’ve got two branches in Guilin and we also found one in Yangshou. They don’t have an English menu, but a Chinese picture one, and some of the staff might speak or at least understand enough English for you to place your order. Look for the barbecued goose, order a quarter. Doesn’t really matter what sides you choose, it’s really all about that fatty, greasy, wonderfully barbecued goose. And the gravy. It’s delicious. Forget Beijing-Duck, go for Guilin-goose! 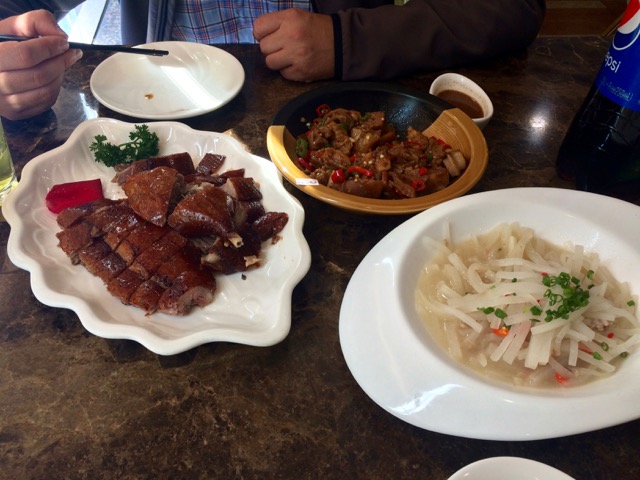 Next to the food, there’s the landscape. The Li river is marvellous, and so are the lakes that dot the city. Together with the great peaks it’s a wonderful scenery. You can stroll along the riverside or go on river cruises. Of course, you’ll see more of that in Yangshou, but Guilin makes a great introduction into the karst landscape.

There are plenty of parks and scenic areas, most of which charge a rather high entrance fee. So we only visited one, the Seven Star Park, and can totally recommend this one. It’s got great views from peaks on the town, waterfalls and lakes, forests to stroll through, cultural heritage sites like the so-called “forest of stone inscriptions”, and some slightly strange things like minions, Winnie the Pooh, and other TV-and Movie-characters and even anti-aircraft gun, apparently for kids to play with…?? 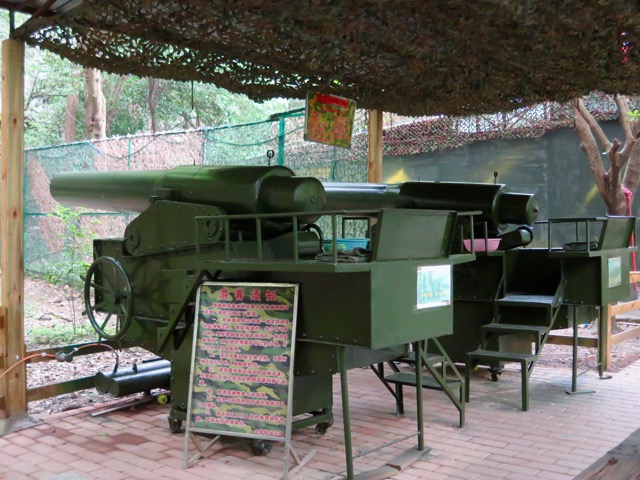 But the real stars are the monkeys that roam around the park. They are so cute. Though they should never be underestimated, they can really be dangerous. There are warnings all over the place but we didn’t take them seriously (come on, they are so cute!!), until one of them made a jump at me when I came too close to take pictures. I stumbled back and hit my head on a rock, quite stupid of me. But we managed to take some really nice pictures, like this one: 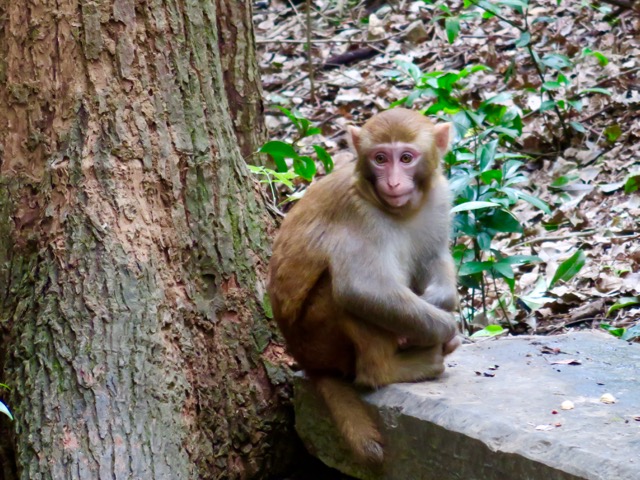 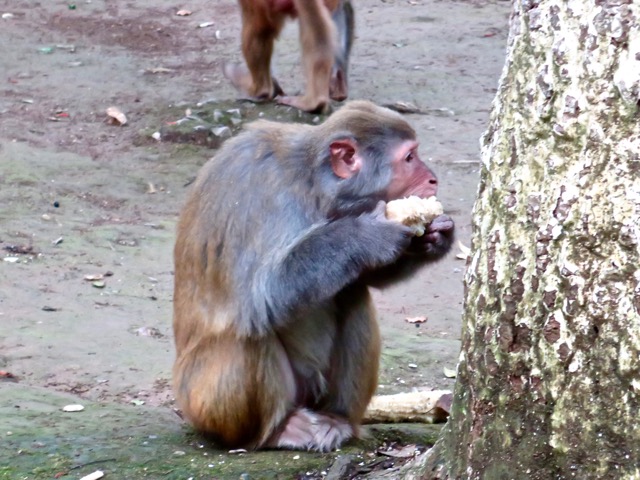 So here some more pics: