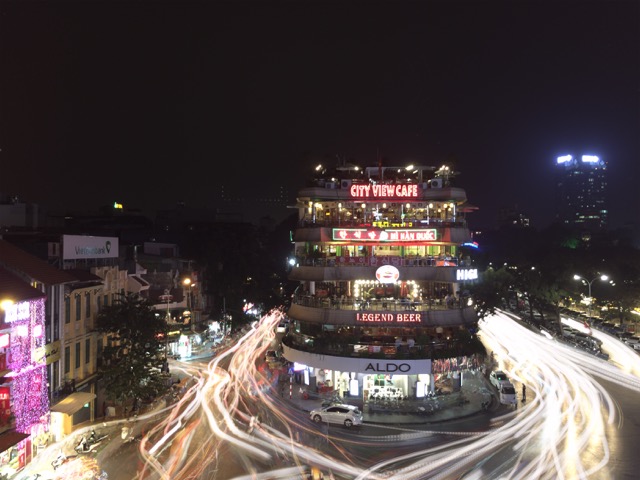 We are a bit late with our posts at the moment, sorry about that, but we’ve been very busy. We’ll catch up.

We arrived in Hanoi and the weather was… – trying to find something nice to say about it… – no chance, it was terrible. 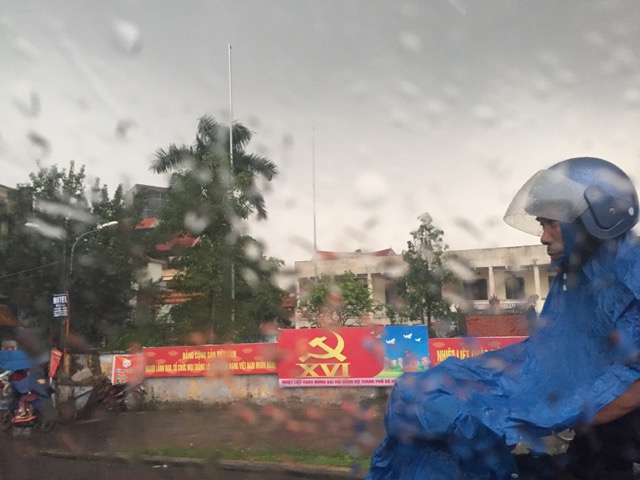 We should be getting used to it by now, rain has been following us around ever since we arrived in China. Well, except for Hongkong, but that city has been the exception from every rule in China… So why should it be better here?

Anyway, we got to our Hotel, the Rising Dragon Villa Hotel.

Very nice place, clean, spacious and the service was impeccable. We even got an upgrade for free, we didn’t ask for one. 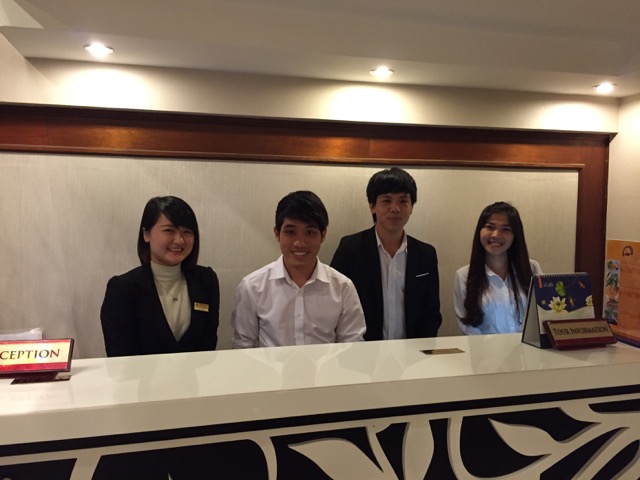 Hanoi has a population of just over seven million. The city is not very high, it’s more like smaller blocks and houses, I really love the style of the narrow and long “shotgun” houses, like you also find in New Orleans. The Vietnamese are very creative and like colours, later I found out that in Vietnam building not regulated, you can build practically anything you like. And they seem to make it work. I think its great.

The traffic is scary, luckily we’re used to this, from China.

The most Important thing when crossing the road is not to stop, just keep walking at a steady pace, the traffic will know how to avoid you. This been said, busses don’t seem to follow this rule, so always keep your eyes open, to all directions but mostly look out for what is happening in front of you, you don’t want to run into anything.

After checking in we spent some time in our room, figuring out what to do with our time, remember its raining. We decided to go out anyway.

While you won’t see much rain on the pictures, notice that most of the people are wearing rain capes. You can buy them everywhere very cheap unless they rip you of like they did me, hadn’t gotten used to the money yet. 1 Euro is about 25.000 Dong. 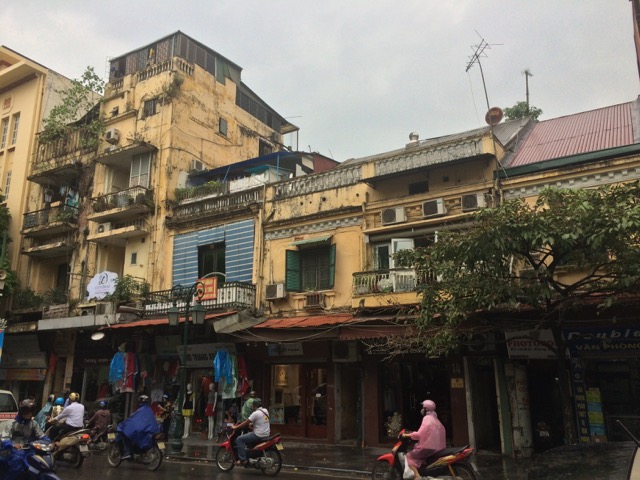 We strolled around the city, visited the Ho-Chi-Minh Mausoleum , 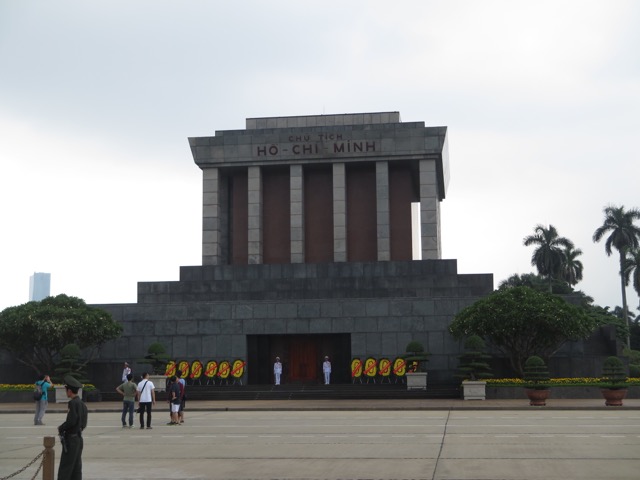 and the Trấn Quốc Pagoda (that’s where i got ripped off) among other things. 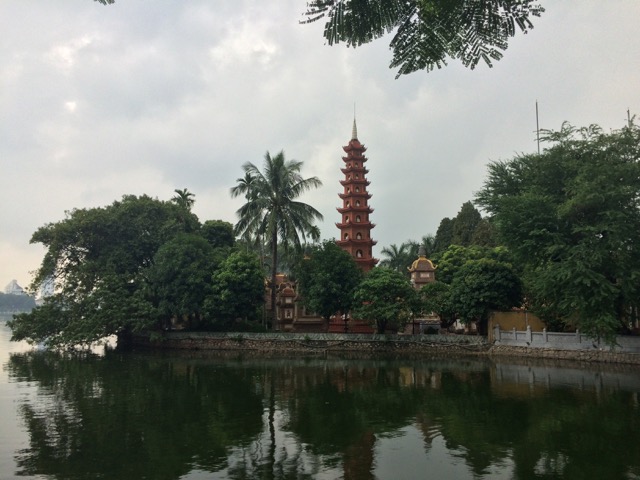 We saw dogs, some lying around and some BBQ style. Poor dogs. But different cultures eat different things, I’m okay with that. After all we eat pigs and cows and other animals, so why not dogs.

At some point we decided to go for a meal, our first encounter with Vietnamese food, and what can I say, it was delicious. Didn’t eat dog though, if you ask yourself now, but the famous Pho, noodles that come with veggies, beef or chicken. Next on our list a nice cup of coffee, after a short walk we came to a tiny but cosy looking coffee thingy, can’t think of a better word. I opted for a chilled coffee with coconut as this was new to me, Anja went for a chilled coffee with condensed milk. Both were absolutely delicious, the vietnamese do know their coffee. 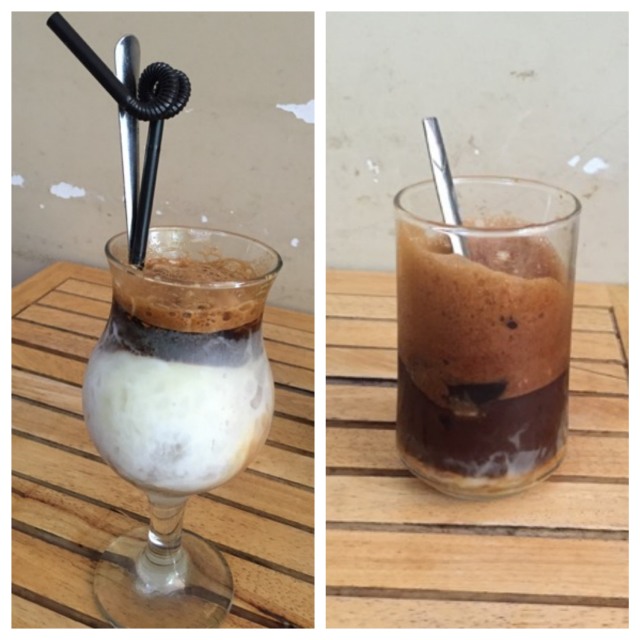 During our stay in Hanoi, we also visited the indoor market, fascinating, and generally just strolled around the city.

Everywhere you go, you’ll find shops selling the The North Face and similar brands , MADE IN VIETNAM written in front of the shops, for a fraction of the price you would normally pay. I wonder if the things are genuine ;o) Naaa, of course not.

We tried all kinds of Vietnamese food but failed to come across something that we didn’t like. We must really warn you however about the coffee here, the time between drinking two coffees seems to be getting shorter and shorter.

Not much more to say at the moment.

So enjoy the pictures and the short Videos we’ve included.

one more short one …