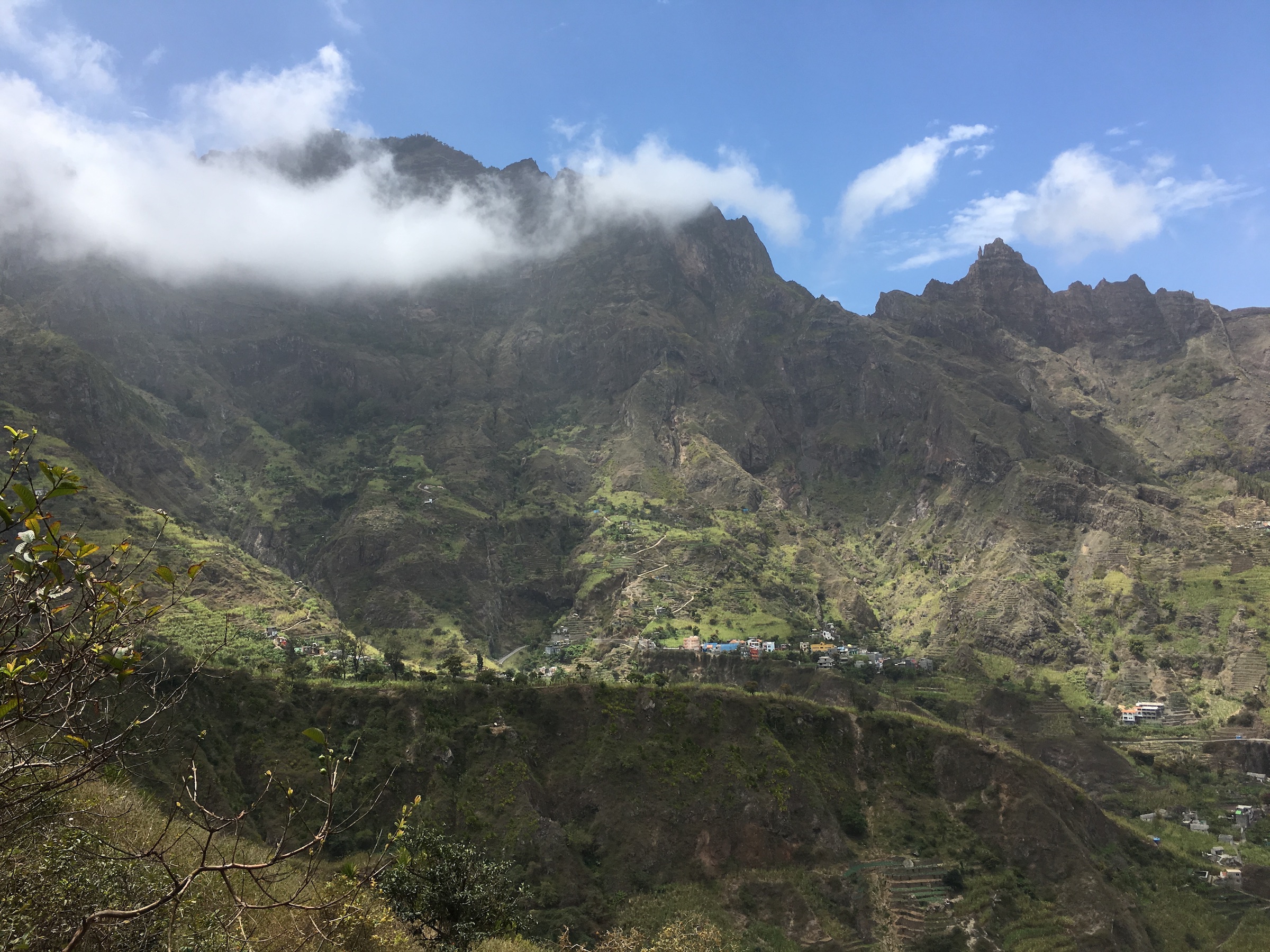 This was the first proper hike we did after Henry was on the mend from his gastritis. And still, after we’ve done a couple of more hikes, remains to be our one of our favorites.

From our guesthouse, Casa das Ilhas in the Paúl valley, we took an Aluguer up the ribeira, literally to the end of the road: Cabo da Ribeira. Next we asked our way to Cha de Mato. It was easy for like 15 minutes, while we followed a cobbled road and managed to remember the instructions we were given by our host before we had taken off.

Then we met a French couple, decided to walk togehter for a while and things got complicated (note: we don’t want to establish a connection here, it was probably just a coincident they were French…). We missed a left turn and ended up on very rural paths (not really paths anymore) between the terraces. We even had to climb a short part, which was at that point really dramatic – there were steep and deep abysses behind and left of us, we carried walking sticks, that were definitly not helpful then and got more or less frightened of height. But, well, since I had already climbed up a bit, going back down was absolutely no option any more, so we had to carry on. Looking back, this was probably the most horrifying moment of the journey. So if you’re doing this hike: when you have to climb, turn around, you’re wrong! You don’t want to do this! But, the views on the way are pretty nice anyway:

We survived and managed to find the correct path, with the help of local farmers, shouting across from terraces on the other side of the mountain. From there, it was a piece of cake. Considering what we had just been through, the steep ascent up to Pico d’Antonio didn’t bother us too much. Up there, we were met by Sandra, who was a friend of our host Katelijn of Casa das Ilhas. So we had some cold coke, bought some roasted coffee beans (can’t get more fair-trade and eco-friendly than buying directly from the farmers… if you forget the flight from Hamburg to Cape Verde) and enjoyed the cool breeze of wind on top. The view from the peak is stunning!

Going down was easy. Not a lot of possible wrong turns, and enough people around to ask for the right way. We basically walked through a dry riverbed and through some farmed terraces.

Just one more challenge in front of us: We had to cross a mountain to get from Figueral valley to Paúl valley. Just before reaching the settlement Quintal, a path leads over the „passagem“. Going up again, but that means more beautiful views.

After that it was just straight down. Some more up and down just before we got back to Casa das Ilhas, but nothing that tough.

Some more pictures? Have a look here.