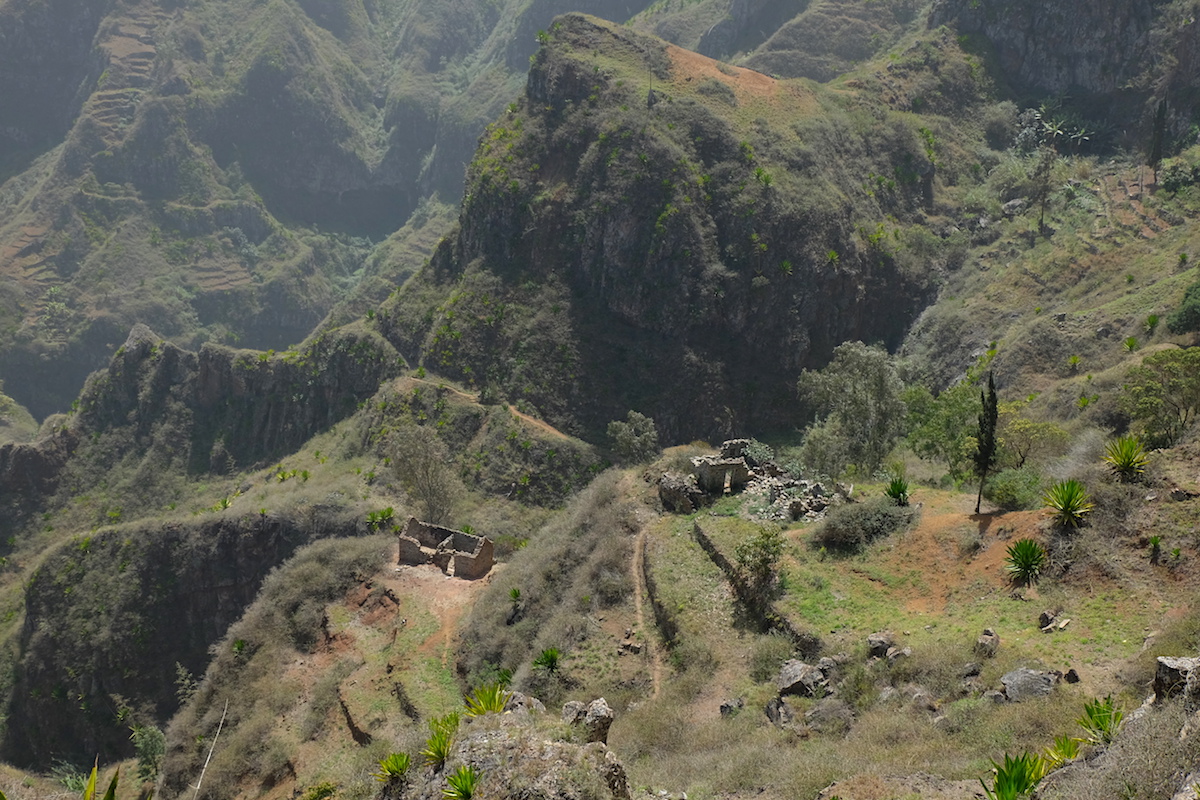 This is another hike you can do in either direction – we chose the easy one down again. There is also easy transport to Ribeira Grande from both ends.

We planned to take an Aluguer from Ribeira Grande, and it looked good at the beginning. „Collectivo?“ we asked the driver and he nodded. But when after 15 minutes we still remained the only passengers in his Toyota Hiace, he told us we could either wait until 2 in the afternoon, when apparently the next aluguer was scheduled, or hire him as a taxi. Since it was only 11 am, and we didn’t fancy hanging around Ribeira Grande for three hours, we went for the latter. We managed to negotiate him down to 1200 escudos (his first offer was 1500). The driver took us up the old mountain road again, which was lovely, and brought us directly to the beginning of the path down to Coculi.

This path again starts quite high, though not as high as the crater walk. It’s a straigh forward downhill walking, again not partuculary tricky. We somewhere took a right instead of a left, but this didn’t nearly kill us like the last wrong turn did.

As usual, we passed through agriculturally used land, a spectacular mountain scenery, and cute villages: 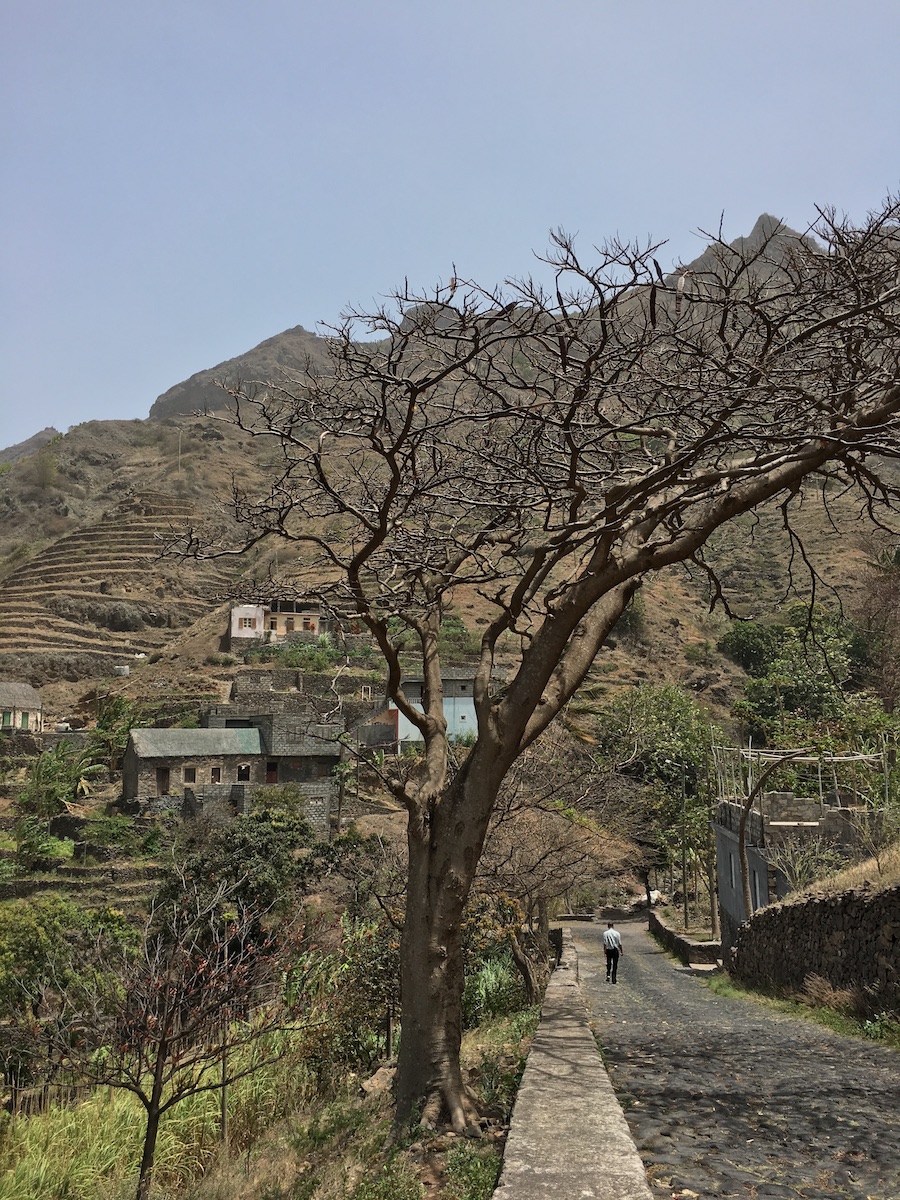 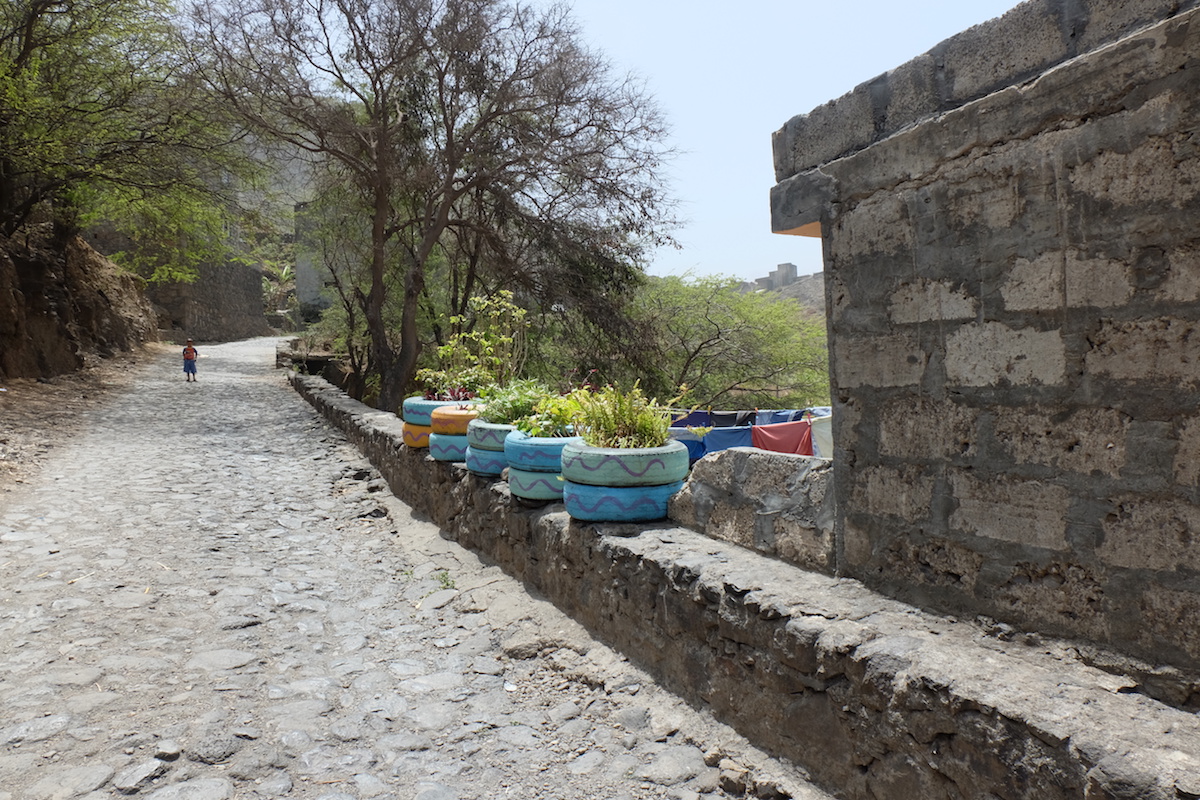 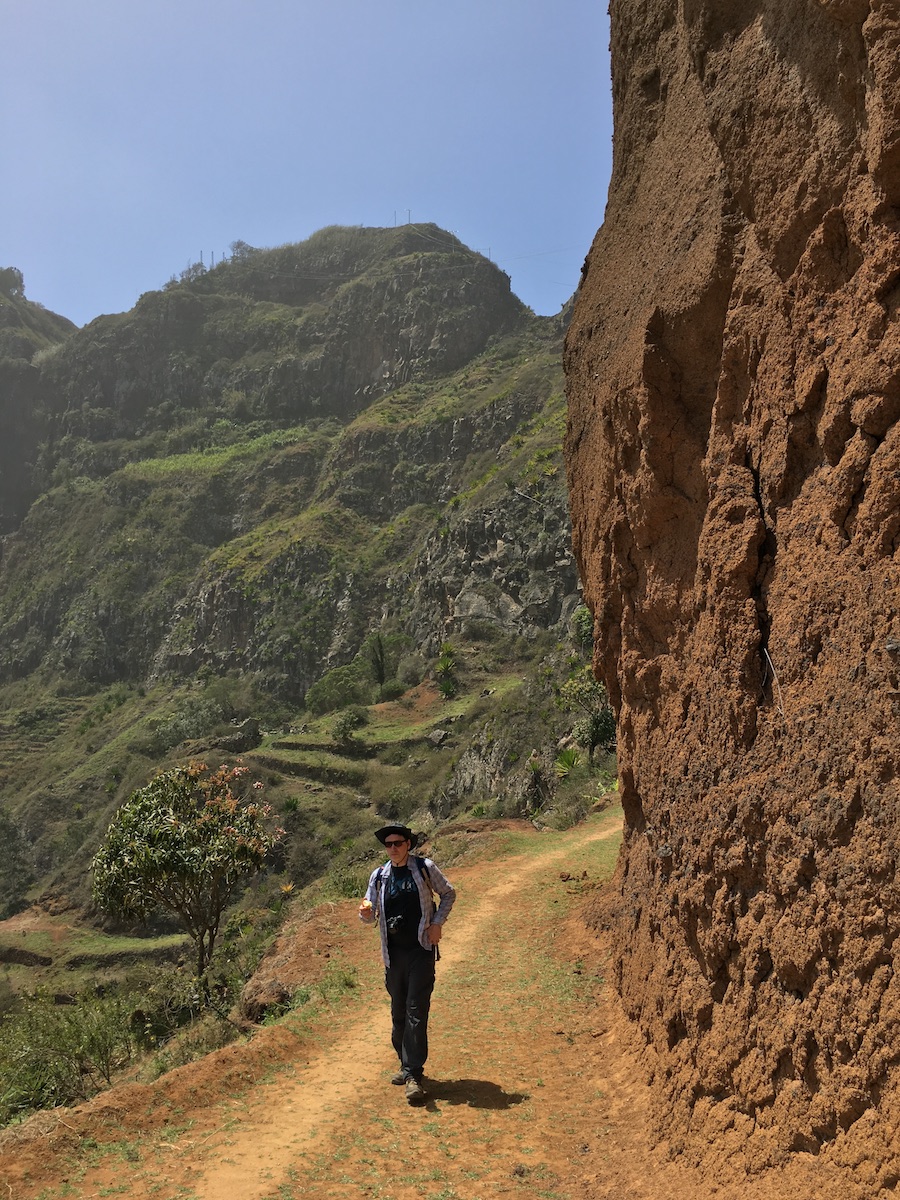 In Coculi we cought an Aluguer that brought us back to Ribeira Grande for 100 escudos each.