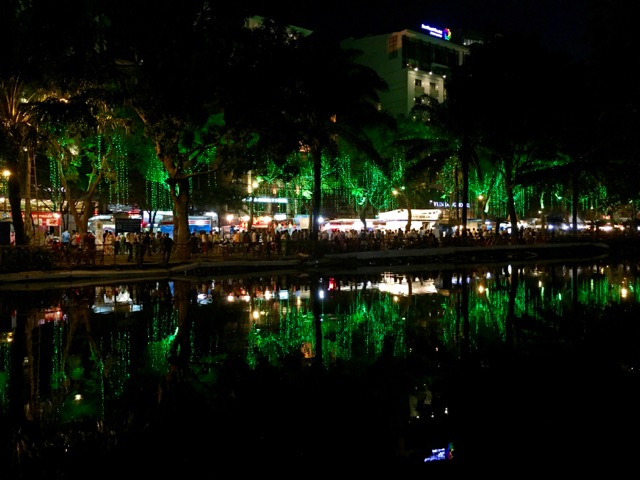 Our Trip to Vietnam is coming to an end.
Our final destination here is Ho Chi Minh City (Wiki-link) from where we also visited the Đồng bằng Sông Cửu Long “Nine Dragon river delta” aka Mekong Delta, the region right at the bottom of Vietnam.

We arrived only to find that the road in front of our Hotel was under some construction. Some minor works, apparently. 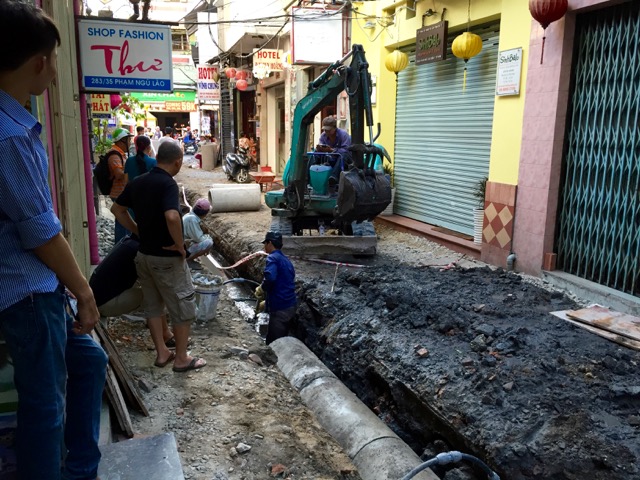 But that didn’t bother us too much, worse was the lack of electricity and therefore no AirCon in the room. We were assured that it would all be back on a bit later, the problem not being the roadworks but the vast amount of hotels draining the grid of electricity and causing frequent power outages.

No biggie for us, and we decided to go for a walk and most importantly COFFEEEEE. Just around the corner we quickly found a selection of Cafes, an chose one with a nice view of a fairly busy crossing right beneath us. Coffee was good as always an the traffic as usual.

We found out that we where just in time for the annual food festival “Taste Of The World”. The rest of the day we spent exploring the Old Town, the Indoor Market but mostly the food festival, sooo much food and so little time. We tried various Vietnamese dishes. And they where all delicious. Vietnamese food and my tastebuds are defiantly in sync. 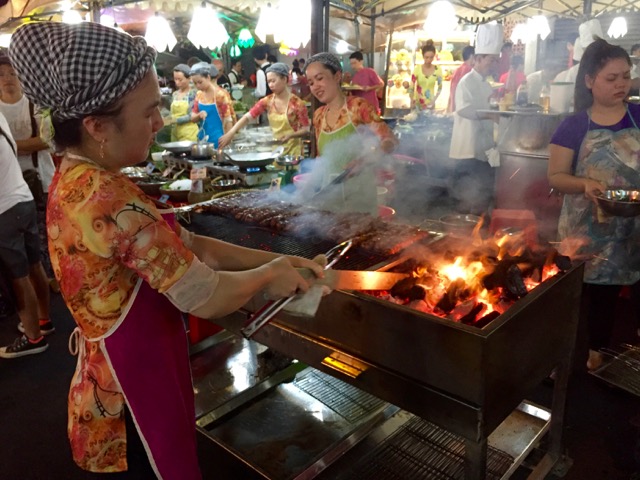 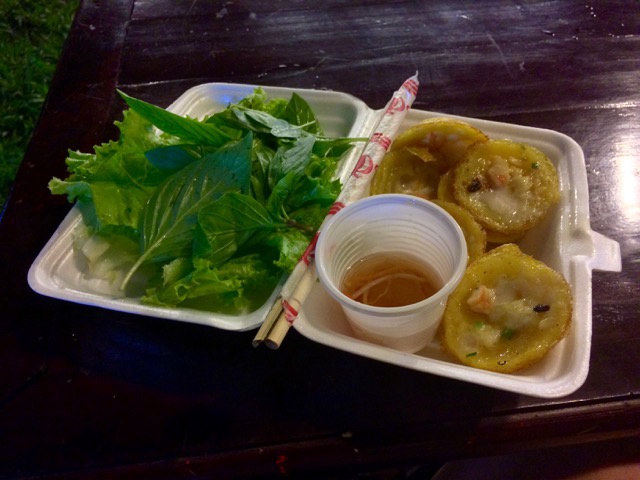 Next Day, we were picked up for our bus trip to the Mekong Delta, our guide told us that we should watch out down there because a saying goes:

“We eat everything that flies except for planes,

everything that swims except for boats,

and everything with legs except for tables.”

Now check: Do you have legs?

Are you a table?

We visited the famous  Vĩnh Tràng Temple with it’s three huge Buddha statues near the regions capitol Mỹ Tho. While not being a very old, the temple was built in the middle of the 19th century, it is defiantly an eye pleaser. 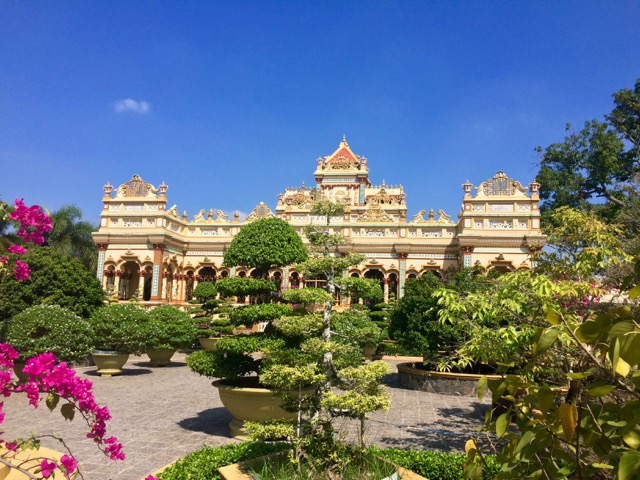 We also visited an artisan coconut candy making facility. And learned the secrets of candy making, and how the coconut is used to 100%, for candy, oil, milk, pots, cups and cutlery and so on, anything left over was used for burning in the oven on which the candy is made. Perfect efficiency.

Lunch was also included in the excursion and if you wanted a little more you could order the strange ‘elephant ear’ fish  with salad. We didn’t go for that option because it seemed way to big for just two persons, but some friendly Asians offered us some of theirs to try and it was really good.

Small flat bottomed longboats, holding four people using long poles to steer by a local, took us around some of the waterways in-between lush tropical islands. One of them we stopped at, kind of a little souvenirs shopping opportunity, but we also learned how past floods had quite devastating effects on these island with the water often rising over two meters in hight.

The excursion lasted until late in the afternoon. Everything was well organised and fun, Vietnamese are good at the tourist game! It was a great day out and at 12$ per person, well it doesn’t get much better does it.

Back in Saigon, more Food Festival and off to bed.

On our last day we visited the Bitexco Financial Tower to take a glimpse of Saigon from above.

Fascinating, Saigon looks a lot bigger from up here. But then again we did really only explore the so-called Backpacker Quarter.

All in all I can say I really loved Vietnam, the food is good, the people are nice, it’s easy to travel, well organised, the weather is great, lots to do and see, beautiful beaches and all very inexpensive. I would recommend Vietnam anytime.

As alway a few pictures…