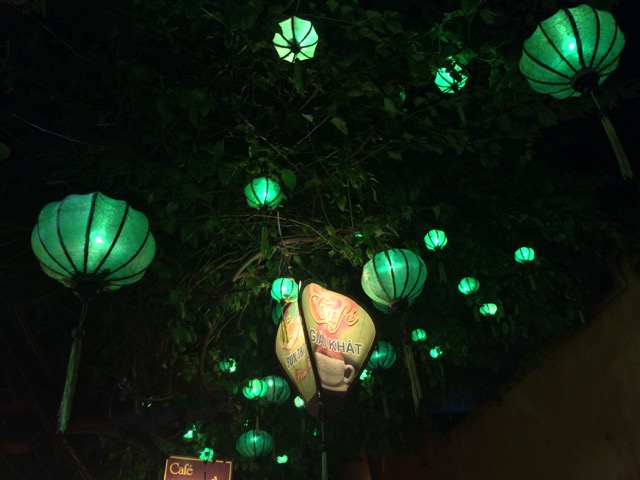 Hoi An is one of these places that you instantly like. It’s small, manageable and is dotted with charming old buildings, beautifully preserved and turned into souvenir shops, boutiques, restaurants and cafés. Especially the latter are where we spent a lot of time. Did we mention the Vietnamese coffee is delicious?

One of the major advantages of Hoi An is its central Old Town, which has been pedestrianised. Not even scooters are allowed in there, just bikes, and that’s really special in Asia. It’s also not overrun by tourists like many locations like this in China would have been. It’s just a little town, a bit touristy for sure, but in a charming and lovely way. where life is going at its own pace. It’s one of the places where we actually could imagine living for a while, opening up another café (there can never be enough cafés I think) and just sit in the sun every single day. Yes, we had sun. Finally. Maybe it was just the friendly weather that got us feeling like this… 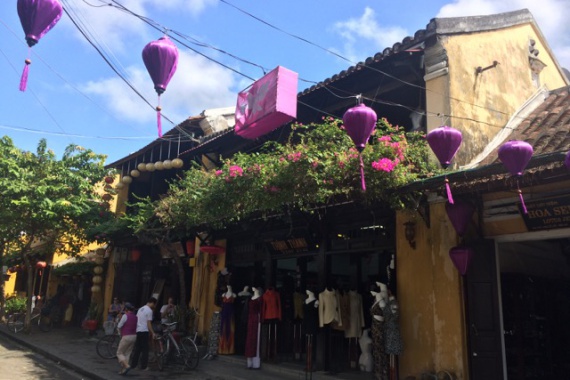 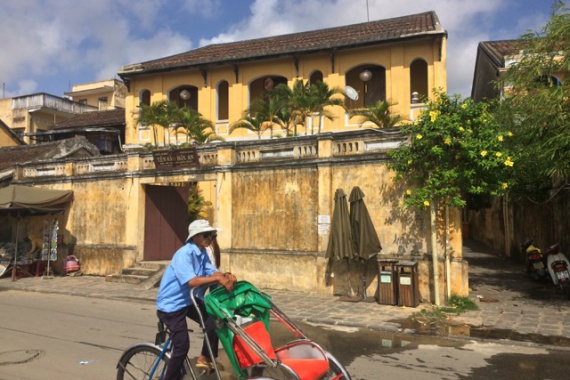 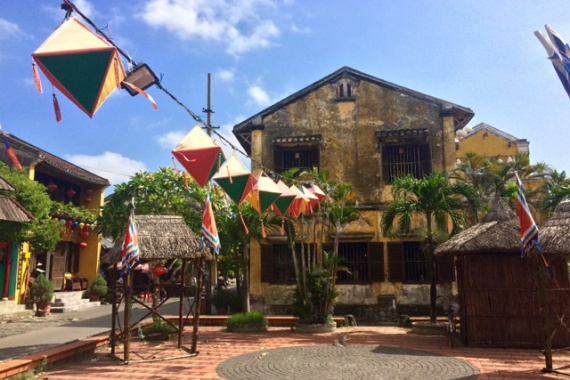 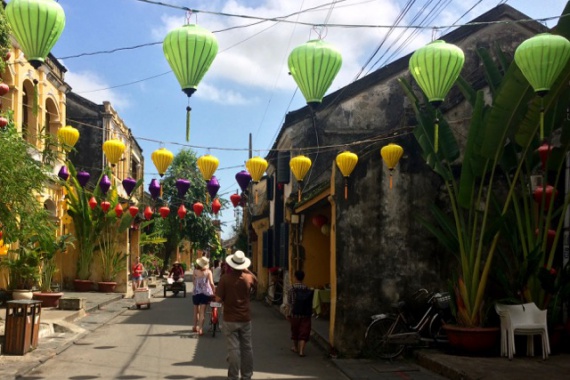 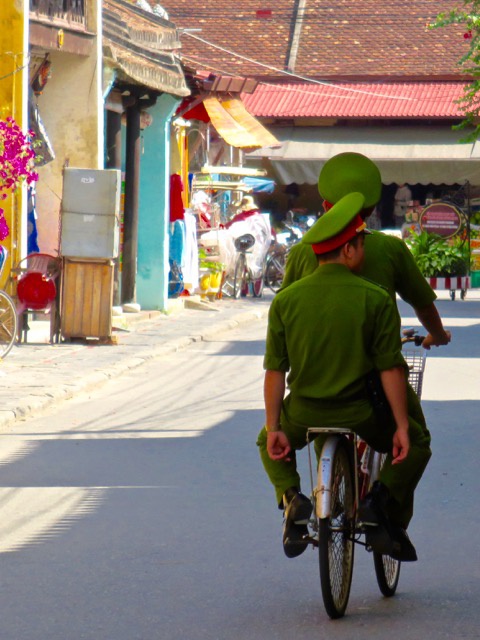 Next to the Old Town we found a typical Vietnamese bustling market, where you can find anything from fresh fruit to clothes. Talking about clothes, one thing Hoi An is famous for are its tailors. There are trazillion of little tailor shops that make you anything from shirts to shoes in no time. Bargaining is advised, of course. Got us a pair of shoes each, and now struggle to get all our stuff into our backpacks (so we had to buy another one later…) 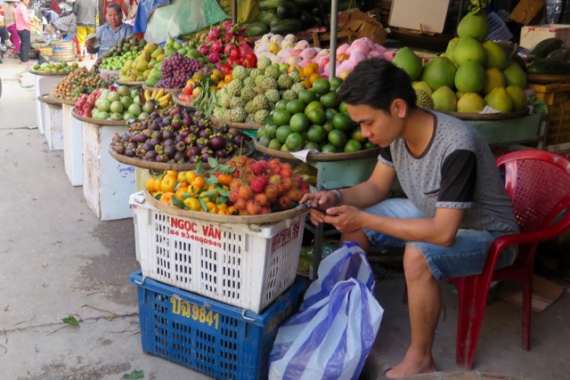 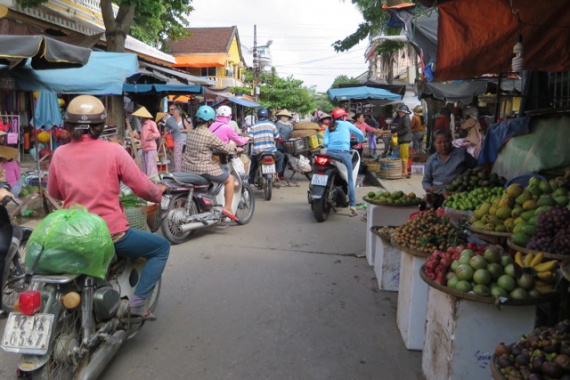 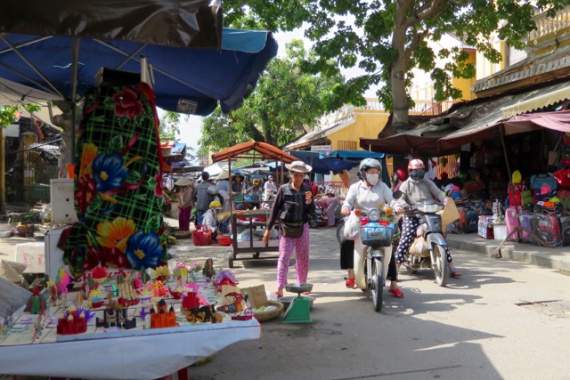 Hoi An lies on the riverside, it used to be a major port. Today, most of the boats in its harbour offer river cruises, which make a nice excursion of an hour or so. 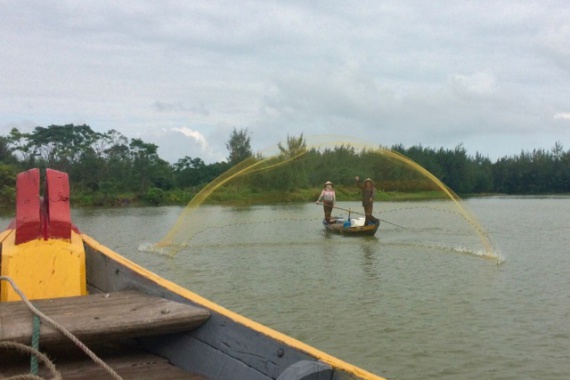 Another must-do excursion when in Hoi An is paying My Son Holy Town a visit (pronounce My like “Mie”), an ancient temple complex much like Angkor Wat in Cambodia. The Cham people built it in the 4th century and it soon rose as a major Hindu religious center. When the Chinese occupied Vietnam it was abandoned in the 14th century and forgotten by everyone. The French discovered or rediscovered it in 1898 and started major reconstructions in the 1930s. Apparently it’s a big mystery how the Cham people glued the bricks together – you can’t see anything in between them and they seem mysteriously untouched by time. There are some theories of how they did it but the reconstructed parts actually look more ancient than the original structures, especially where cement was used.

Unfortunately, the Americans carpet-bombed the area during the Vietnam War, destroying many of the originally seventy temples, since it was used as a hiding ground for Viet Cong. Our guide told us that his father was one of them, and only managed to escape by luck. He also told us how he then fought at the front line near Saigon, where he hid in underground tunnels for years until he could finally return to his wife whom he hadn’t seen once during all the years of the war. He told us this story in a very intense way, so the whole group was deeply touched. It became clear that this war is still a trauma not quite overcome by the people.

Anyway, My Son is still an impressive place, and though it’s frequented by a lot of tour groups it’s big enough for the crowds to disperse so you can enjoy a few moments for yourself. 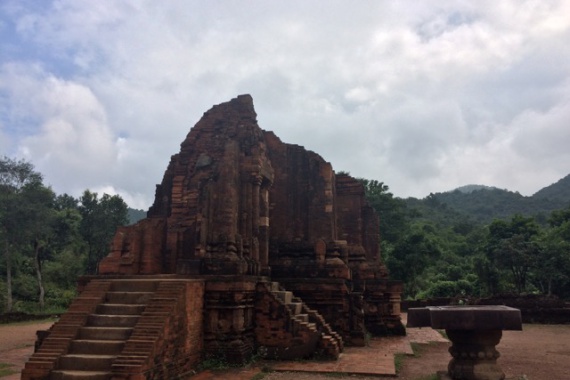 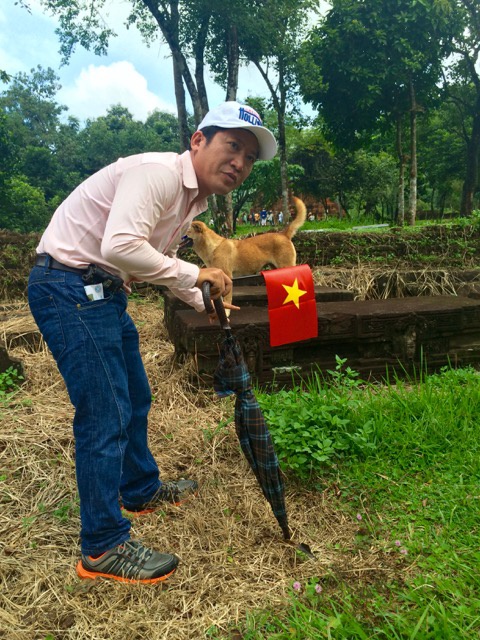 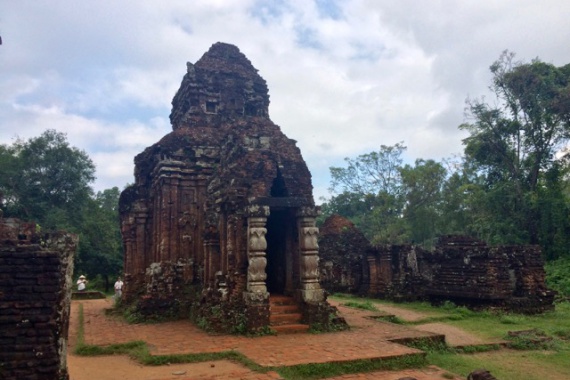 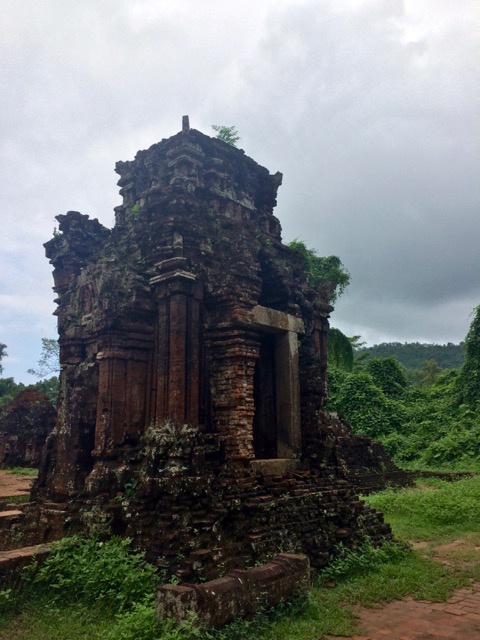 We loved Hoi An so much, we couldn’t  restrict ourselves with taking pictures, and took way too many. And we are equally unable to sort some out, so here are a lot more pictures of the town and the ruins: