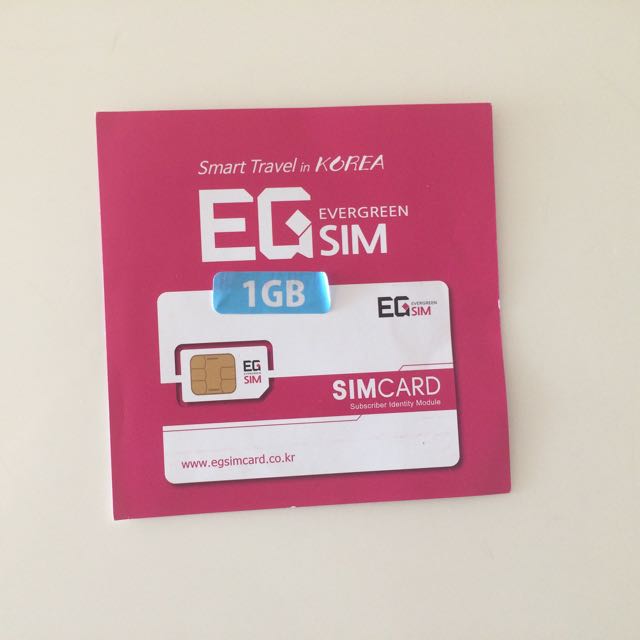 Getting our mobile phone to work and online in Korea has been some kind of odyssey for us. This time, our Lonelyplanet didn’t prove very helpful. According to our version (the 2013 edition), Korea uses the CDMA network system, which means your phone doesn’t work if you’ve got a G3 network. However, and this wasn’t mentioned in our guidebook, Korea now has actually the fastest growing LTE-network in the world, so if your phone supports that, which is likely, don’t worry. You absolutely do not have to rent a phone, like Loneyplanet tells you to. Instead, you can get a traveller’s SIM card. Which our Lonelyplanet knew nothing about, either. It looks like this: Traveller’s SIM card South Korea

This is also a good place for some information: EGSim Card

Another place you may want to look is Korea Telekom

Well, if you land at Incheon International Airport, you shouldn’t have a problem. I’m sure, you’ll stumble across these cards somewhere around the airport. But if you take the seaway and enter the country at Busan, like we did, things get a bit more difficult.

Even with the help of our host Teresa and her niece, who drove us to practically every phone shop and translated for us on our first day, it seemed impossible. That’s because usually SIM cards aren’t sold in Korea. You get them with your phone, and you cannot just change them. There is only one SIM card to be sold solo, and that’s the Traveller’s SIM. Apparently there aren’t enough foreign travellers around in Busan for all the phone shops to know about that. We’ve enquired in countless of them (since there are millions around, every second shop seems to be a phone shop), but mostly only got shrugs for answers. Until one guy told us, you can’t get these SIM cards in phone shops, but in convenience stores, like 7eleven or GS25. OMG, we have been so stupid, OF COURSE you can’t by SIM cards in phone shops… Well, whatever, we were really glad for this information and walked straight into the next 7eleven, that was actually right next door (you never have to walk more than ten steps until you stand in front of a 7eleven in Korea). Asked for the traveller’s SIM (even hat a picture of it on our phone to show to the clerk) – and only received a blank-faced look and a shrug.

Well, we were beginning to feel a bit frustrated. So we did, what we should have done from the beginning – we walked back where we came from, to the international ferry port, and straight up to the Tourist Information. The girls who worked there made a few phone calls and told us the way to apparently the one and only GS25 convenience store in this 10 million people metropolis that actually sells Traveller’s SIM cards. It’s on Gwangbok-ro, a popular shopping street close to Nampodong Metro station, right next to the Café Pascucchi. Here’s a map, if you ever need to find it: 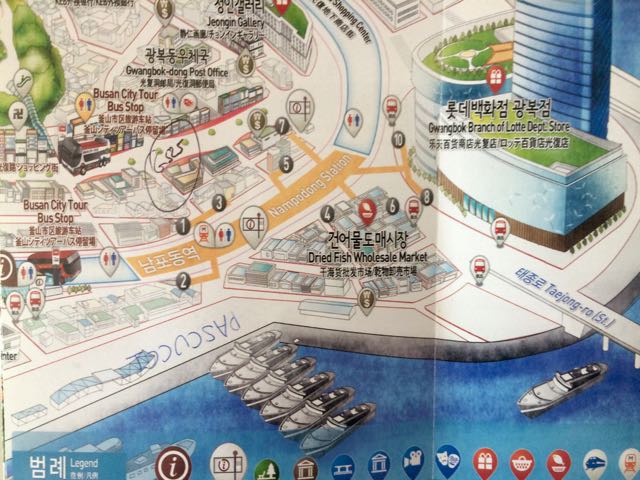 Activating it is a bit of a hassle again. You’ve got to upload a picture of your passport to a special website for example and do some sort of application process. But with the explanations that come with the card, it’s not too difficult. But if you don’t get it – don’t worry. There is free wifi all over Korea, mostly in coffee shops.

3 thoughts on “How to get a Traveller’s SIM card South Korea, Busan”