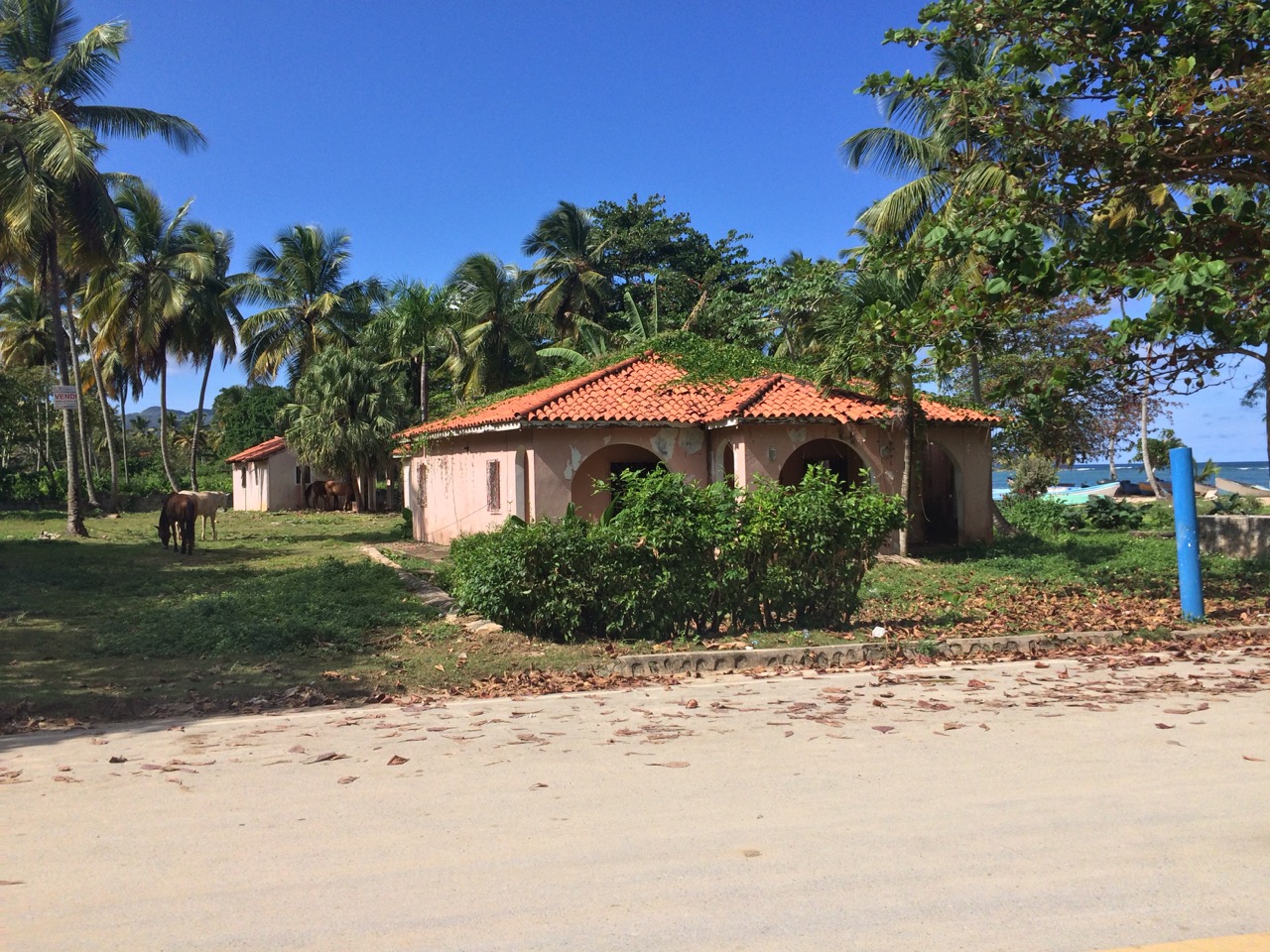 We left Cabarete for the Samana Peninsula, where we spent some time in Las Terranes and Las Galeras and went on day trips to El Limon and Samana.

Las Terranes is a busy mid-sized town. When we told Betania, the cook in Kite Club about our next destination, her face fell. „You won’t like it – it’s very french and expensive“ she said. And it actually really felt kind of like a french colony – we’ve heard people speaking french more than  spanish. The town also appeared a bit posh at first sight. Basically because of the different crowd – Cabarete seemed full of young surfing folks, in Las Terrenas middle aged and retired people were clearly the majority. The town did have a very nice, almost cosmopolitan flair though, and we really enjoyed the different vibe for a few days. From there we went to visit the waterfalls of El Limon, which was a nice trip through the mountains on horseback.

Next we went on to Las Galeras, where Betania had told us to go instead of Las Terrrenas. Las Galeras really was that remote, sleepy village she had described to us. There was just one resort in the neighbourhood, which made it appear almost deserted compared to other places. We only stayed two days and spent one of it in the city of Samana, where we went whale watching. Las Galeras was the perfect end to our journey, since it is literally situated at the end of the road.