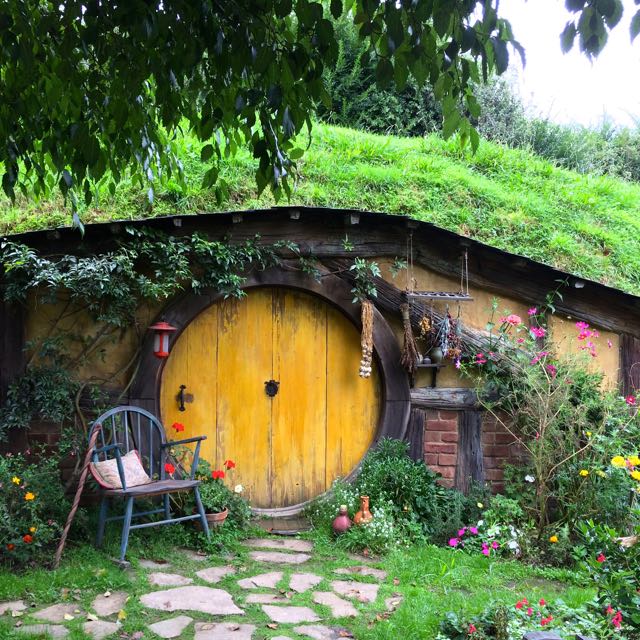 “I should like to save the Shire, if I could – though there have been times when I thought the inhabitants too stupid and dull for words, and have felt that an earthquake or an invasion of dragons might be good for them. But I don’t feel like that now. I feel that as long as the Shire lies behind, safe and comfortable, I shall find wandering more bearable: I shall know that somewhere there is a firm foothold, even if my feet cannot stand there again.”

“Hobbits have been living and farming in the four Farthings of the Shire for many hundreds of years, quite content to ignore and be ignored by the world of the Big Folk. Middle-earth being, after all, full of strange creatures beyond count, Hobbits must seem of little importance, being neither renowned as great warriors, or counted among the very wise.

In fact, it has been remarked by some that Hobbits only real passion is for food. A rather unfair observation, as we have also developed a keen interest in the brewing of ales, and the smoking of pipe-weed. But where our hearts truly lie is in peace and quiet and good-tilled earth. For all Hobbits share a love of things that grow.

And yes, no doubt to others, our ways seem quaint. But today of all days, it is brought home to me: It is not bad thing to celebrate a simple life.”

You can easily see why Peter Jackson chose this place as the setting for Hobbiton. Located at the back of a sheep farm, hidden from the rest of the world, lies this beautiful piece of land, actually the hole farm is pretty spectacular. The Hobbiton-Set is really what you see in the movies, starting with the „Hobbit“, the set from “Lord of the Rings” was mostly torn down again. The farm owner made it a condition for Peter Jackson to build the set with durable materials if he wanted to use his land for the „Hobbit“ again, so he did.

We didn’t have the best weather during our tour, but that didn’t matter at all. At least it wasn’t raining and we learned some fun facts, had a great afternoon, including some drinks and food in the Green Dragon.

If you like “Lord of the Rings” I think it’s a must see.