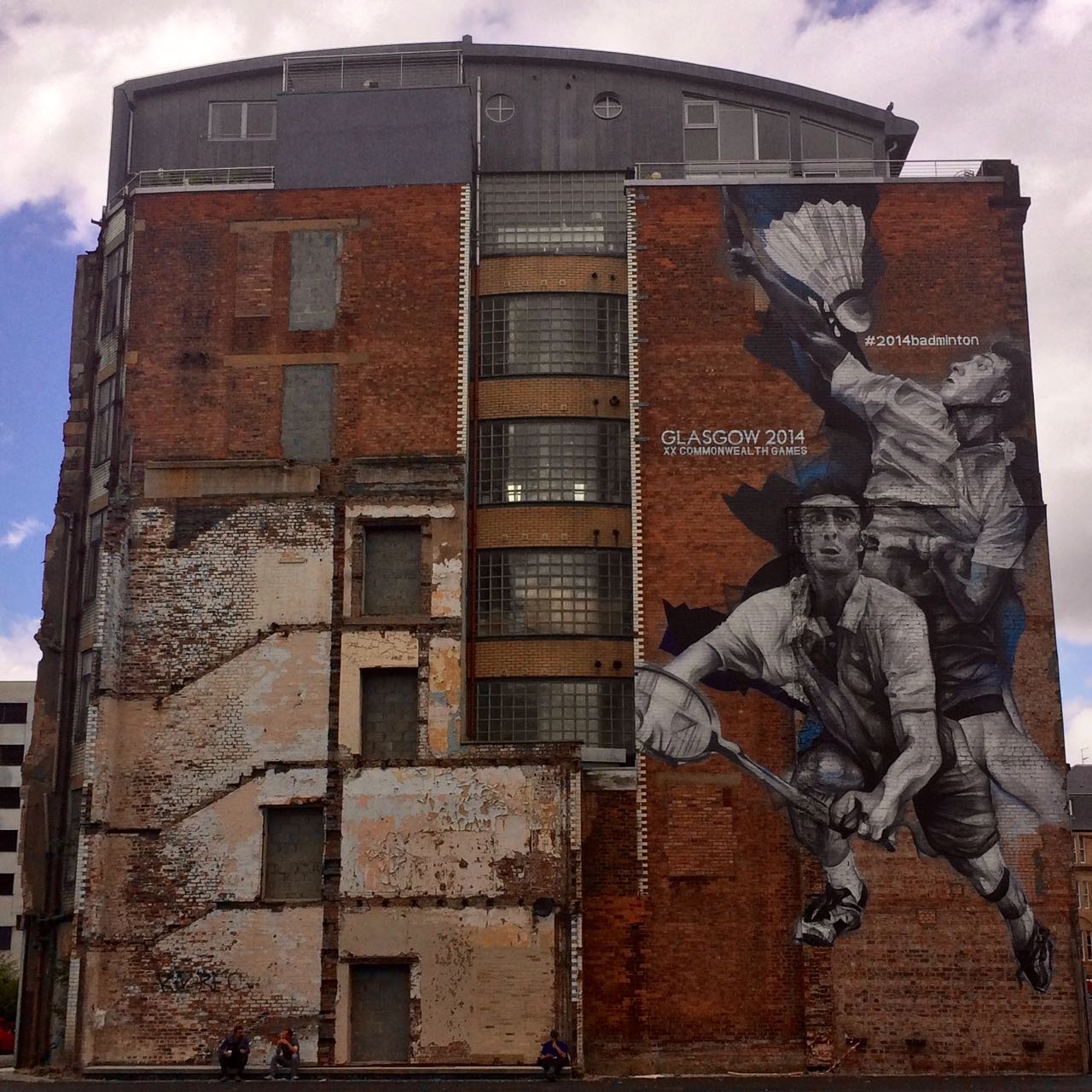 “Glasgow, the sort of industrial city where most people live nowadays but nobody imagines living” (Lanark , Book 3, Chapter 11)

Scottish Author Alasdair Gray used Glasgow, or Glasgae, as it’s called by the locals, in his epic novel “Lanark” as a model-city for his dystopian “Unthank”: A city where the sun never shines and people develop a strange illness called “dragonhide”. It is eventually destroyed in an apocalypse of flood and fire. And this didn’t seem to be too far-fetched, since Glasgow used to be Europe’s murder capital, ten years ago, and Britain’s most violent city, only two years ago. According to Urban Dictionary, “Glasgae style” means asking a prostitute to pay her a week later… Well, what are we supposed to expect from this city?

For starters, we didn’t encounter “Unthank”. The sun did shine, surprisingly, most of the time. Actually, for the first time for seemingly a long time we were finally granted a couple of days with warm, nice, sunny weather in a row. The city also didn’t seem to be a particularly dangerous place, but then we only stayed in the more touristy areas…

So what can you expect to find in Glasgow? A great mix of Victorian architecture, hip cafés and restaurants, street art, shopping streets and surprisingly professional street musicians – and yes, quite a lot of them play bagpipes. Not no be missed is the Gothic cathedral, huge and dark and imposing, and the adjacent Necropolis, a Victorian cemetery garden on a hill overlooking the city. Great for views and goosebumps.