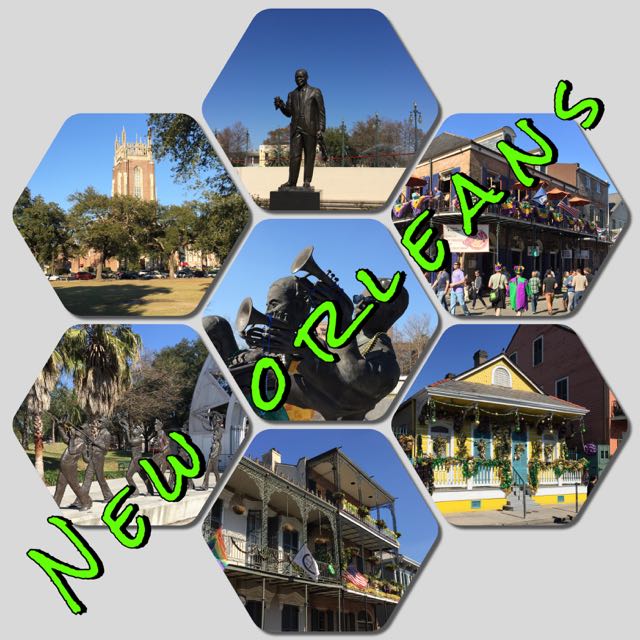 So after two weeks in different parts of Cleveland, we finally visited one of the three cities, according to Tennessee Williams. Of course we spent a lot of time at Mardi Gras parades here. But there are still different faces of NOLA we went to see. The French Quarter, Treme and Marigny, several parks and squares, food like Po-Boys and Beignets, the roots of Blues and Jazz music… The city is special in the U.S., and not only because you can drink on the streets. We’ve even been to a pop-up-Stripclub (pop-up shops and restaurants are quite common, but this was new to us…), where we met Santa Claus. Well, we’ve put together a picture gallery to give you an idea what NOLA is beyound Mardi Gras.

In the meantime, have a look at some pictures of famous NOLA: