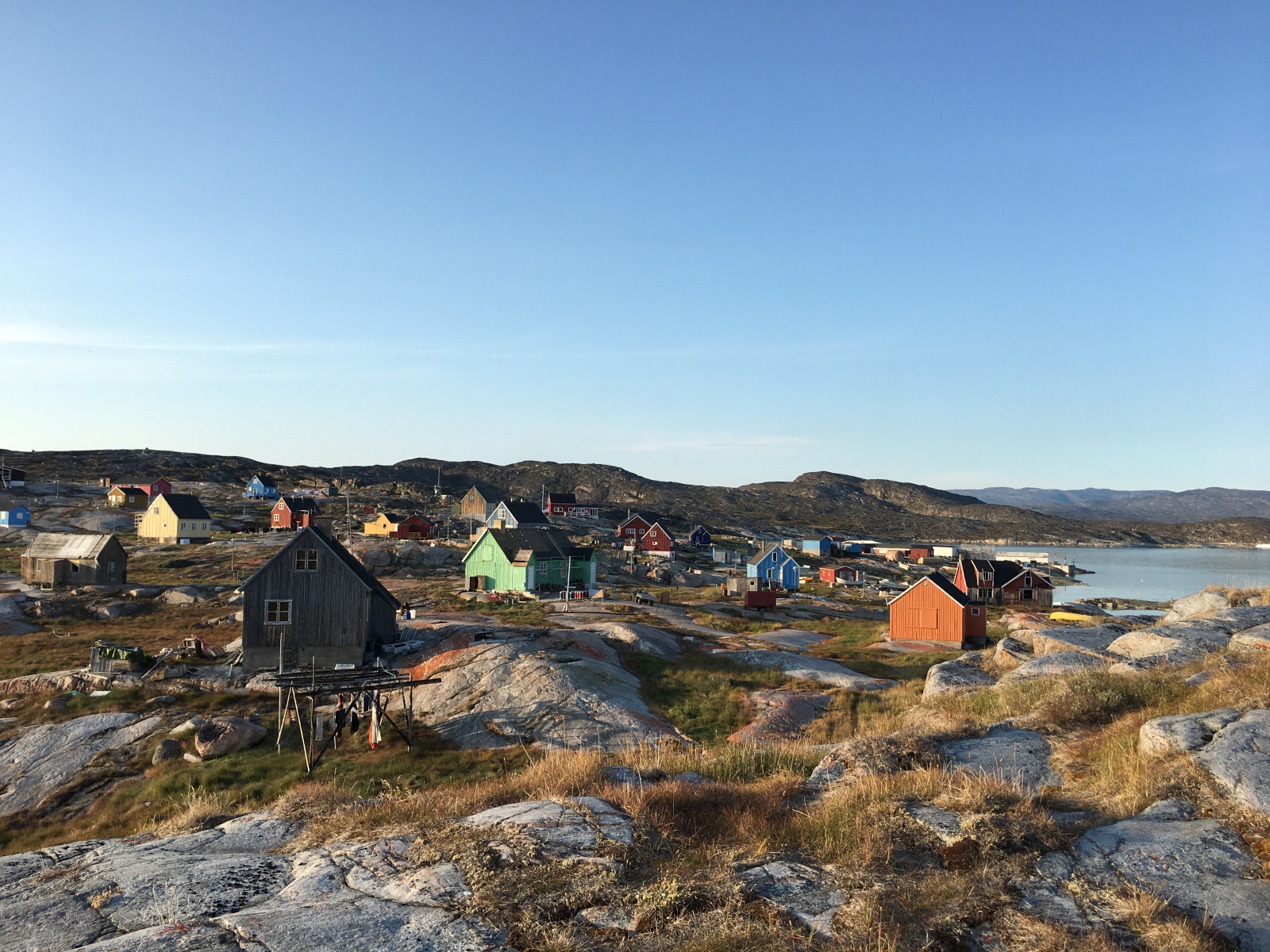 Oqaatsut means in Greenlandic: „Where the dogs go to die.“
Well, no, but there is definitely not much action to be found. There is kayaking (too expensive), but not much else…

Oqaatsut is more a place to relax, read, hike and enjoy the view on the sea and the icefjord in the distance.

There are 35 inhabitants, one restaurant, one supermarket, some sort of fitness-center, which is also the shower house for the village, a vintage playground and a few choices of accomodation for tourists. And Santa Claus is supposed to live here. Didn’t see him though. 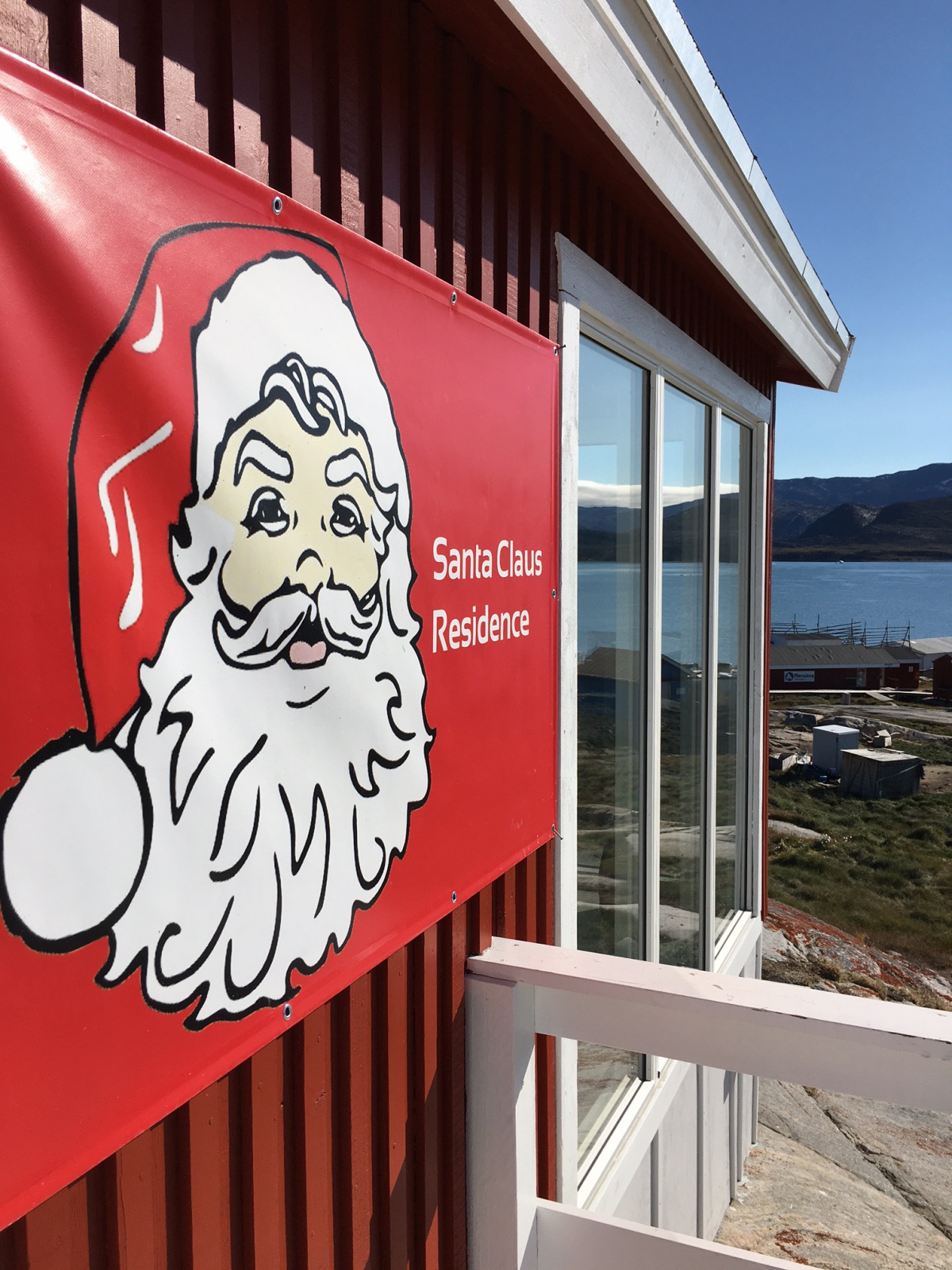 The restaurant was founded be a German couple which was unfortunately killed abouth three years ago on a boattrip, supposedly by a calving iceberg, but no one knows for sure.

We acutally stayed at the former home of that unlucky German couple for the two nights we spent in Oqaatsut. The new owner, Ole, had turned it into a Bed&Breakfast. He hadn’t changed a lot of things though, so it feels like you are actually continuing the life of these Germans. You find a lot of bits & bobs of theirs everywhere in the house…

There is also a small German library, so Anja read a complete book here (there is not much else to do around here). There is no running water. We are used to the bag toilets now, but going to the shower house for taking a shower and using water from a bucket for cooking and washing dishes is a new experience for us. The water should also be fine to drink, so we’re told, but we don’t feel up to experiments like that. 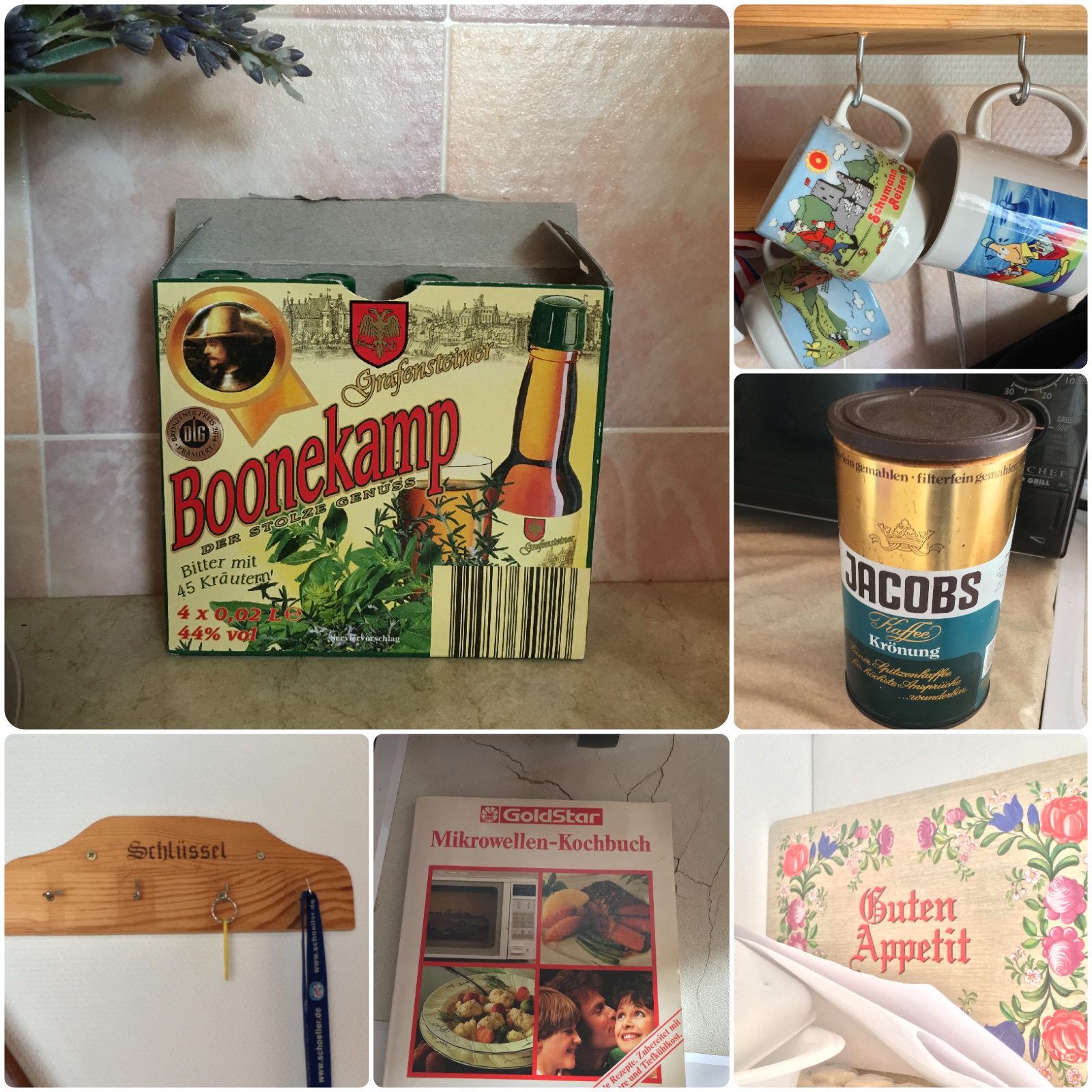 But the house comes with a balcony that offers great views on the village and the icefjord in the distance.

There is not much else to say about the place. The main source of income seems to be fishing and hunting. Compared to other little settlements Oqaatsut is doing quite well. As Mikel, a young Danish who works here for the main tourist season told us, many other little places are quite run down, and alcoholism is a big problem. Not so in Oqaatsut.

There are no streets in this village. Just a few pathways and boardwalks. I guess in winter when everything is covered under snow this doesn’t really matter. Of course there are sledges and dogs around here.

You can only reach Oqaatsut by boat or by following the hiking path from Ilulissat, which is marked with orange dots and quite easy to walk. Or take the dog sledge or a donkey – the latter you will have to bring, we haven’t seen any donkeys around in Greenland (for that matter, neither have we seen any squirrels). 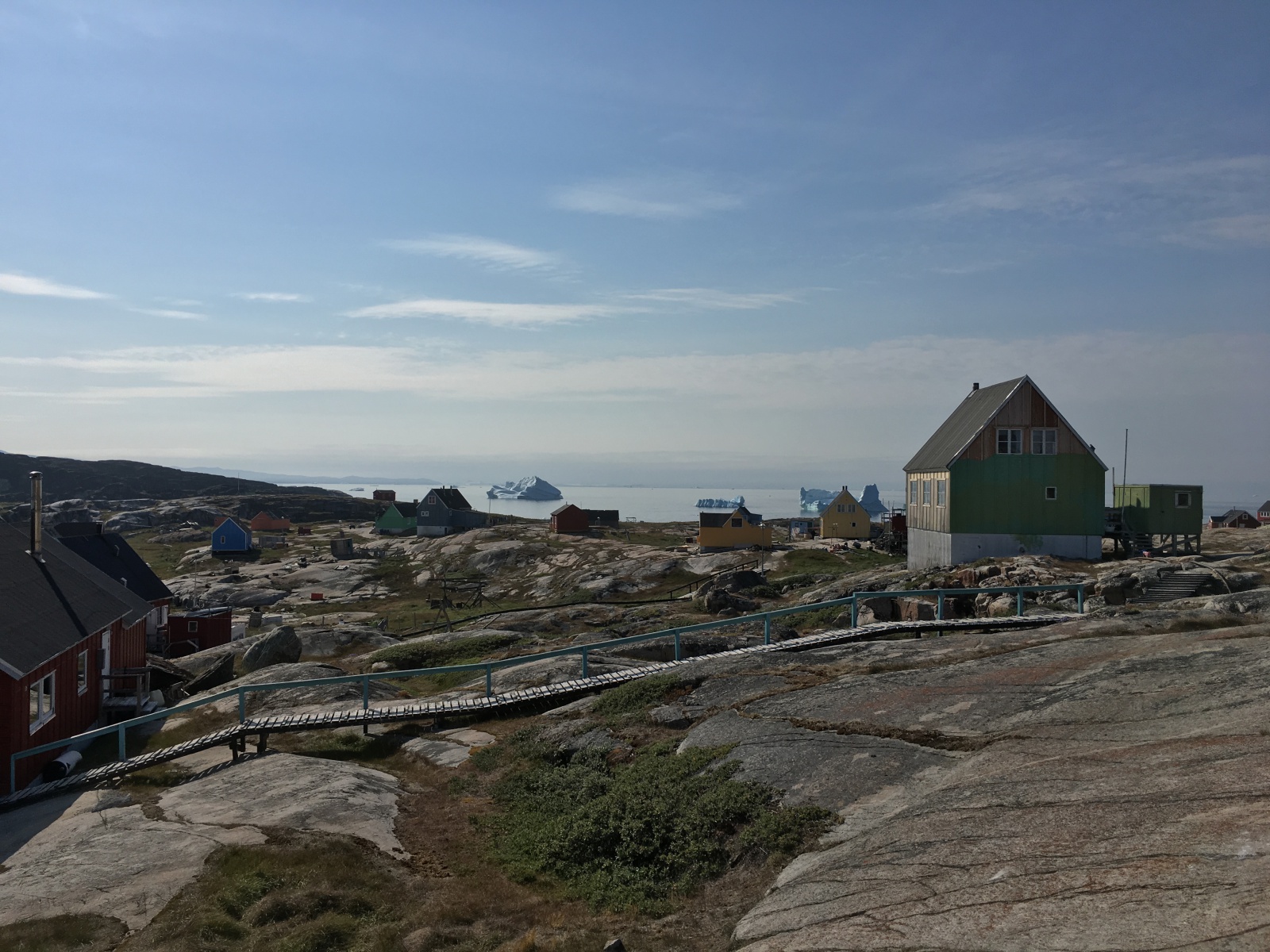 The best place to eat out is the former German Restaurant H8, without doubt. Well, there is no alternative anyway, but the food is really tasty and service is friendly and lets just say they try their best. As soon as you hear the sound of a motor they run up to the window and see through a looking glass whether they can expect new customers. That’s something we haven’t seen anywhere else so far…