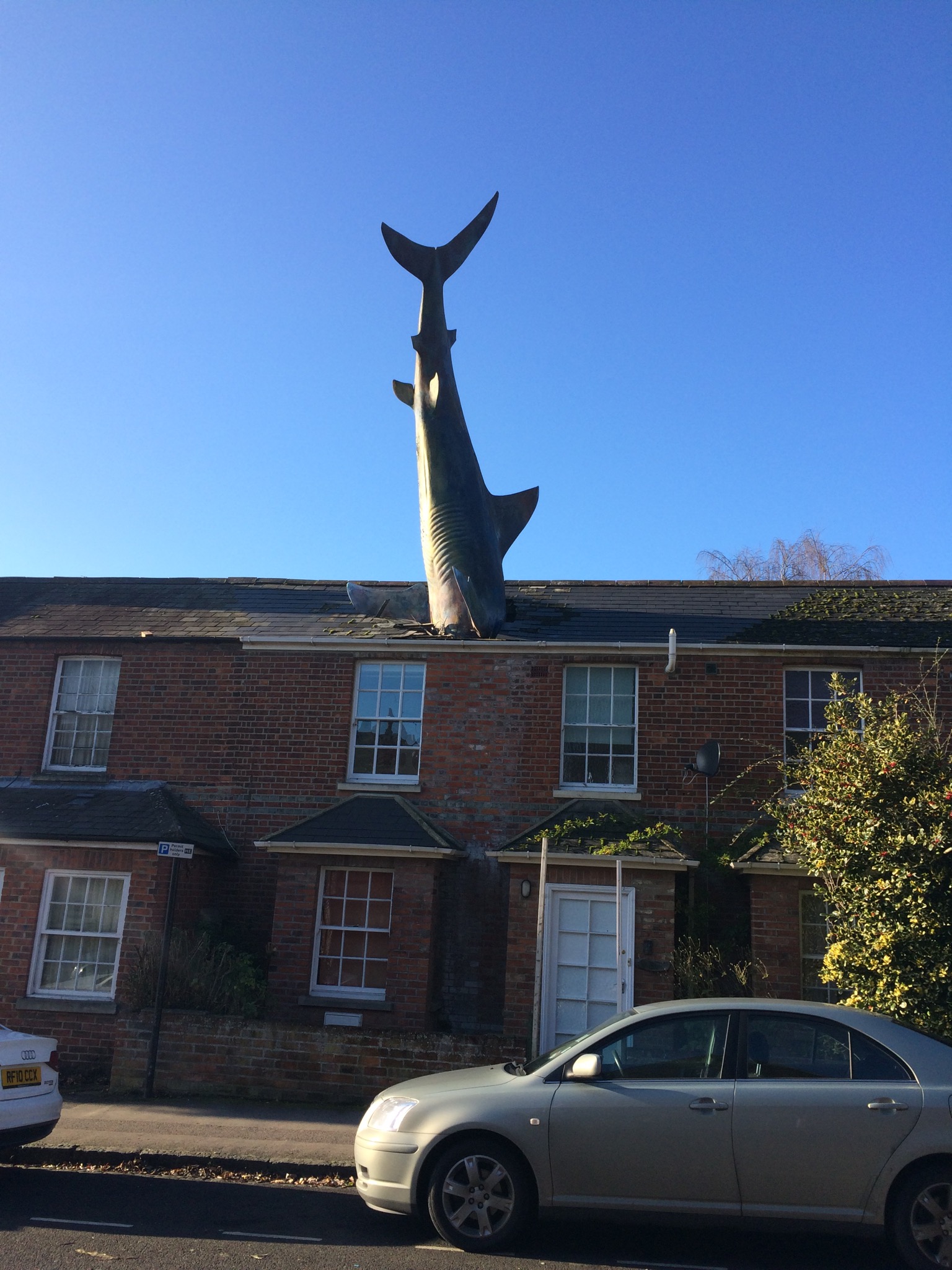 Spotted in Oxford: The new memorial of the 2013 Sharknado-Disaster.

The well-known culturally valuable movie “Sharknado” was actually based on real events that took place in Oxford 2013 when the Climate and Weather Research Department of the university lost control over their newly developed Hurricane-Control-Tool. A test-run hurricane got out of hand and caught sharks out of a privately owned aquarium.

Ever since this horrible accident happened that lead to the events documented in the movie, conspiracy theories have been circulating on plans of the NATO to use giant sharks in the fight against terrorism. These sharks are said to be genetically programmed to eat terrorists and being transported by huge tornados into war zones. Come on, does anybody actually believe these stupid theories? If there was only the slightest probability of this being true, PETA would already have taken action, that’s for sure.

Anyway, this memorial was made of one of the unfortunate sharks the storm had thrown into a rooftop. It was prepared by the famous taxidermist Harold Stuffwell as a reminder of the danger of humankind’s hybris.