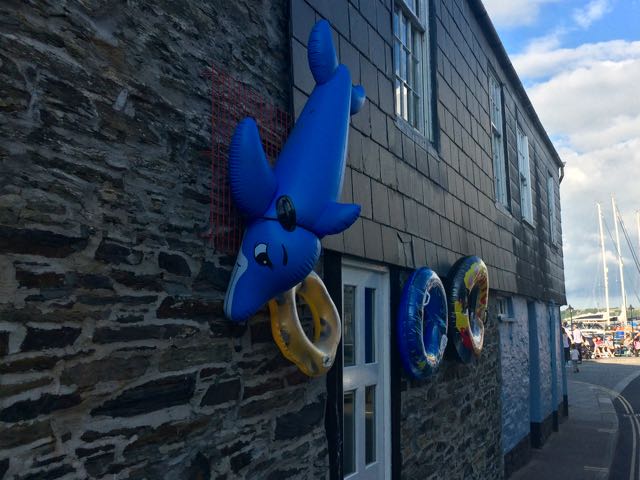 In Perranporth I went to a hairdresser to finally get my hair cut again. The last time I had done that was four months ago in New Orleans, where I had visited a barber shop – resulting in an Army-style short haircut and a deep trauma that prevented me from getting my hair cut ever since then… But that’s a different story. So I finally got over that trauma before it could develop into a full-grown phobia and saw a hairdresser in Perranporth. There I had the usual small-talk over the weather, I was told Cornwall was expecting a heatwave the next 48 hours. It’s gonna get tough walking the upcoming days, so I thought, and mentally prepared for the worse.

The next day, when we set off, it looked like this: 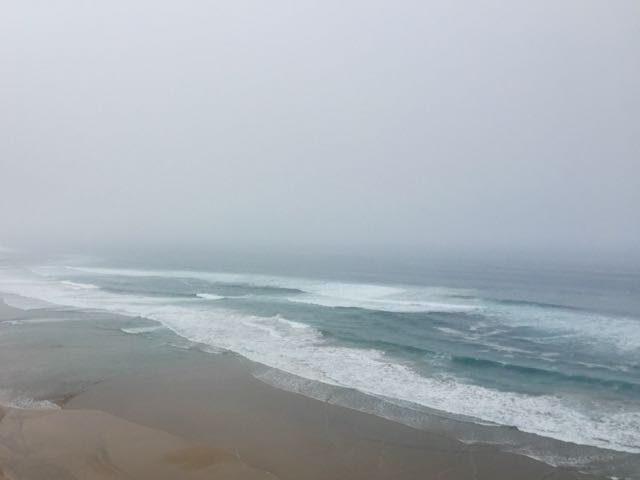 And it felt exactly what it looked like. Quite humid, not overly hot, not even what I’d call warm. And definetly not what I would call a heatwave. Well, at least it didn’t rain. But it stayed like this on our whole way to Newquay. It spoiled the views, but to be fair, I was glad it wasn’t that hot, in fact, it was perfect walking weather. 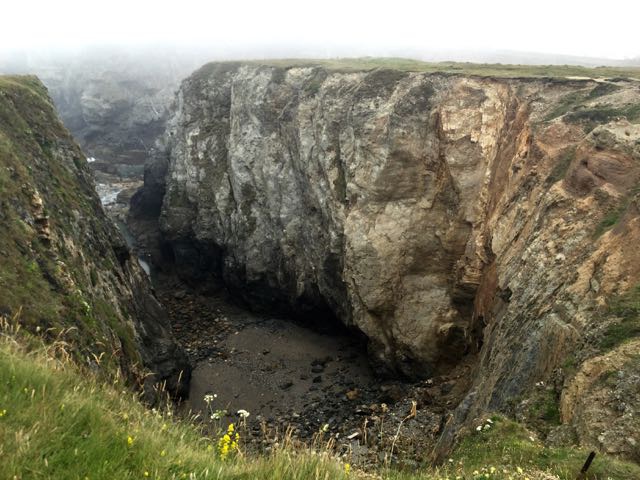 Cliffs on the way to Newquay 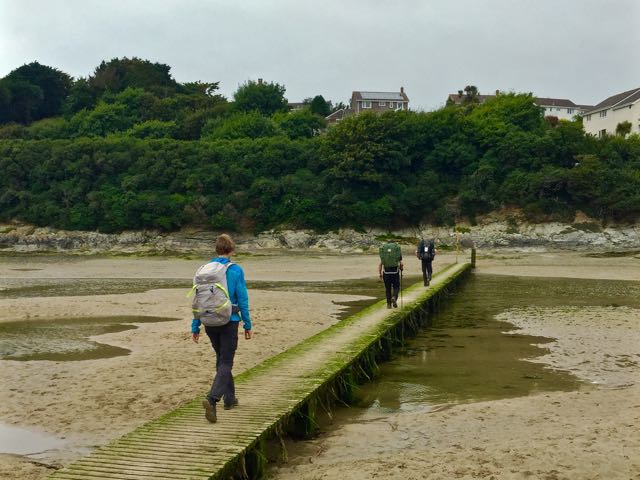 And it cleared up as soon as we got into town. We found ourselves rooms in a rather run-down but cheap hotel and walked around the town. Newquay is a nice surfer-town, but not as cute as Perranporth. We didn’t even take pictures…

The Cornish „heatwave“ continued the next day, it got even better: it was raining when we met for breakfast. According to the wheather forecast the rain showers were supposed to last until noon, so we decided to cheat again and take a bus up to Padstow. As soon as we got out of the bus, it stopped raining and the sun came out. So after checking in a rather expensive but this time really lovely BnB we walked along the coast path back in the direction where we came from. We walked up to Trevone and saw some magnificent rock formations at the coastline. We took the direct route back inland, through narrow roads and fields, where we just about managed to escape a group of sheep that looked like they were about to mug us – Cornwall is such a dangerous hood!

Tomorrow, one of our fellow walkers is going to leave us, so we’re back to three. 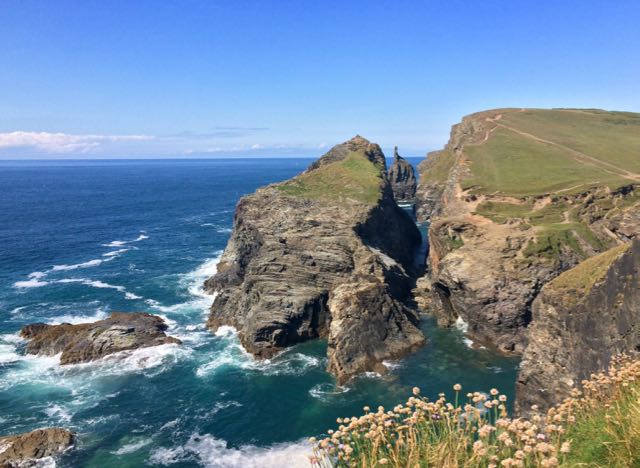 rocks on the coastline between Padstow and Trevone 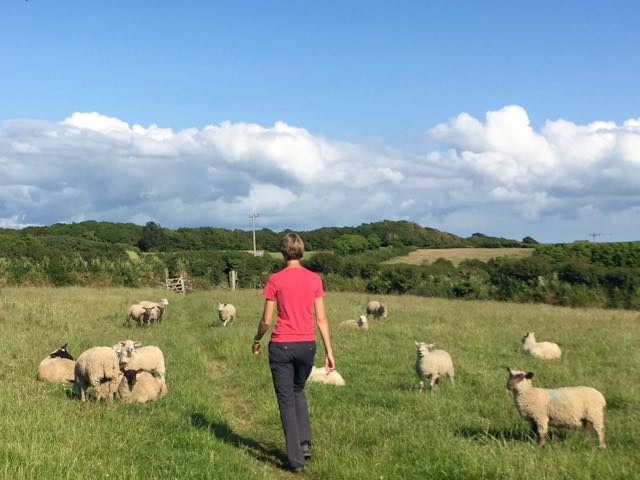 watch out – the sheep are in the hood! 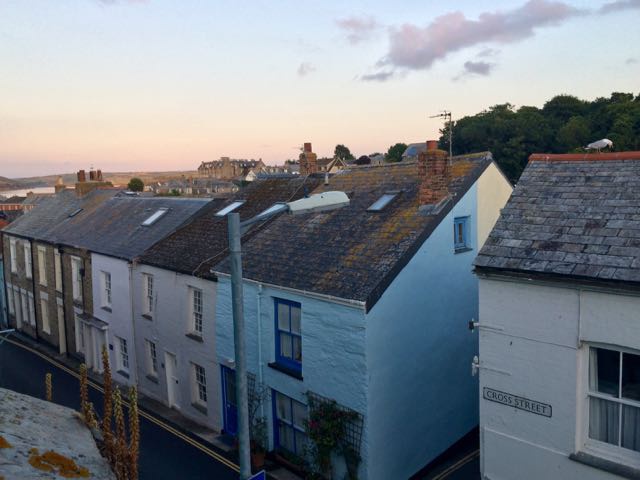 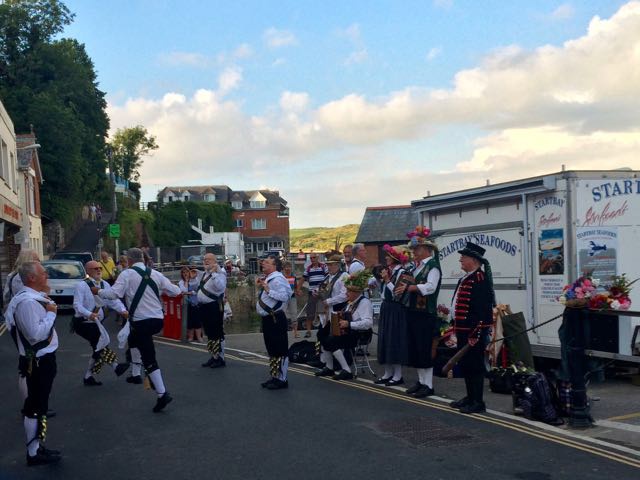