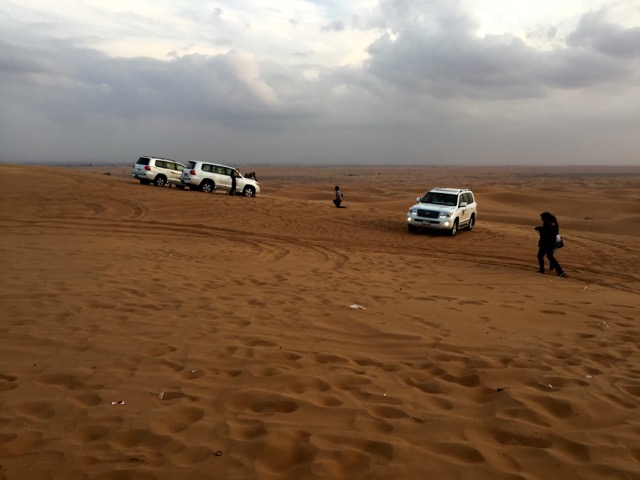 Here is my completely subjective report on Dubai. We only stayed for two nights, just a stopover on the way home, to devide the time spent on the plain. We had a big room in a nice hotel, more like an appartment, with kitchen and even washing machine, and even were allowed to check in at nine in the morning without paying extra, which was great after a nighttime flight from Ho Chi Minh City where we practically didn’t sleep at all. So no complaints until now.

After a good deep sleep for a couple of hours we went down to the lobby where the hotel’s tour desk was to check our options for the next day. So we appeared in front of the desk and I asked the tour guy what he had to offer us. He offered us seats, got out a pile of leaflets and started explaining with great enthusiasm – but only to Henry. Which felt kind of strange, since it was me who had asked the question but I was completely ignored now. So that was my first impression of Dubai. We, no actually Henry, booked a desert safari in the end, something we really looked forward to but at least I would regret later, but more on that later.

We spent the rest of the day walking around central Dubai, getting lost inside the ridiculously gigantic Dubai Mall and marvelling at the equally gigantic Burj Khalifa (but not going up to the observation desk). After travelling Russia and southeast Asia everything here just appeard way too big, too steril and too decadent for my liking. The roads were also too wide, the cars too clean, and the malls too huge. 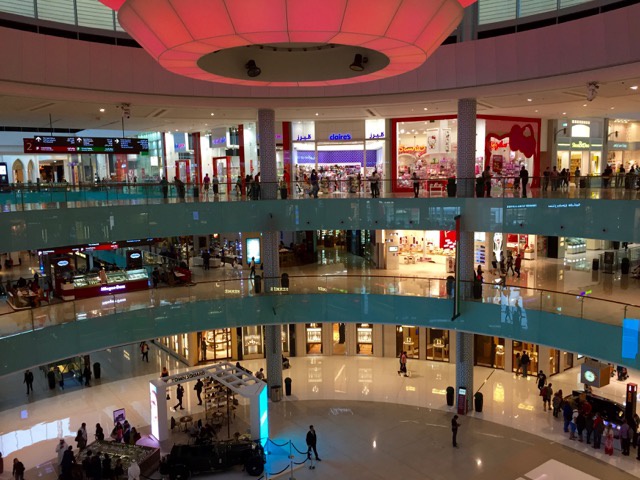 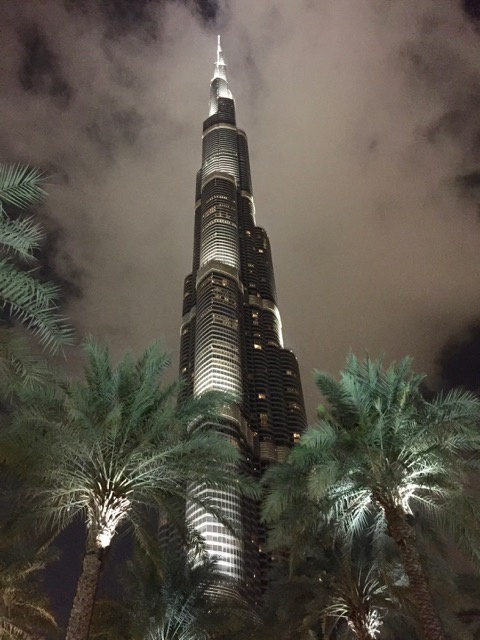 The next morning we decided to explore a different part of Dubai. We went to Al Fahidi, a historic district of the city, that looked more what I expected with the Middle East to be like: a desert-coloured old fort, today accomodating the very interesting Dubai Museum, and a busy and bustling textile market (where I was spoken to again, by the way, and where we managed to walk through with only buying to scarves we didn’t need). All in all very pleasant. 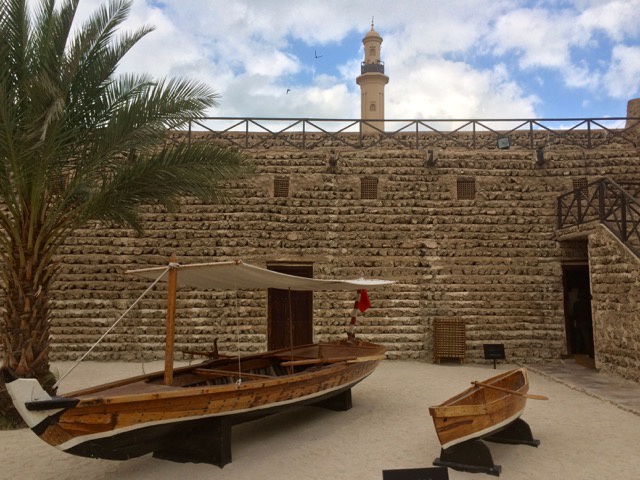 The afternoon the went on that aforementioned desert safari. We were picked up at the hotel by a Toyota Landcruiser, the car we explored the Baikal region in, but a newer model. After an hour or so on the motorway and half an hour break at a Quad station, where we bought the most expensive bottle of water ever but passed on the probably equally overprized Quad excursion, we took a right turn where there was none and drove directly into the endless sanddunes.

This is where it started to get ugly. At least for me. The driver was showing off his skills, racing up and down the dunes, speeding down deep drops and up steep ascents, taking sharp turns, sand splashing left and right outside the window. I was really excited and enjoyed it – for the first fve minutes. I spent the next 20 minutes just hoping it would be over soon. I have honestly not felt that sick since I’ve had food poisoning in the Dominican Republic. So I couldn’t really enjoy the dinner and the dancing show we were got as a reward for enduring that ride. Not even the beautiful sunset in the desert. 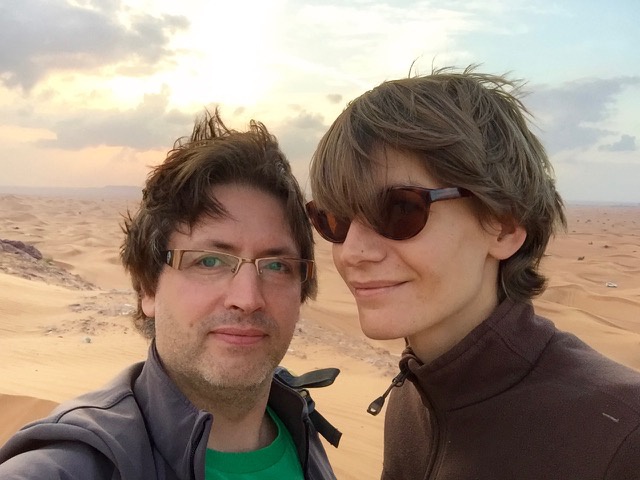 Well, Dubai was not exactly the sort of relaxed phasing out of our year long journey I had hoped for. It ended with Henry getting a drug tested at the airport’s security check, probably the scariest moment of the whole year – you never know if some addict had sneeezed some traces of cocaine onto your jacket in the subway. That would have been really really bad… but luckily, the test was negative, we got out in the end.

2 thoughts on “Dubai – A scary stopover or:”