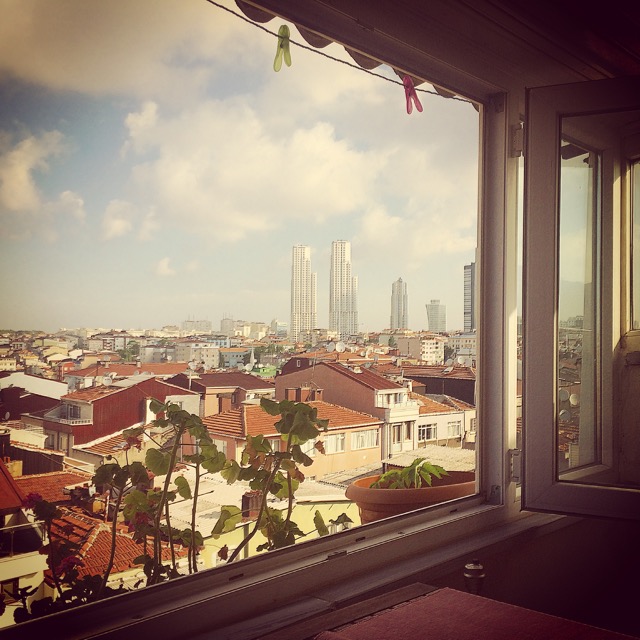 Since it’s a long distance from Seoul back to Europe we decided to shorten the flight time by making a short stopover in Istanbul. The first day was a nice sunny day, unfortunately we spent most of it avoiding as much movement as possible since we were pretty jet lagged.

The next day we didn’t see much sun at all and even had a bit of rain. I guess the weather wanted to prepare us for home…

When you come from Seoul, Istanbul is a bit of a cultural shock. It’s noisy, congested (so is Seoul, but still in a different way…), just mediterranean-style chaotic. A bit like Rome, or Athens, with an oriental kick added to it. The city was in election campaign mode, there were flags hanging around everywhere and small busses drove around blaring music and paroles – both on full blast. On squares and streets with lots of pedestrian traffic the parties presented themselves with info-booths, which were also accompanied by loud music – sometimes two or three parties would stand right next to each other, all trying to predominate the other ones with their music, and even singing and dancing, leading to ridiculous noise. But you can’t say they are not trying to get in touch with the people.

Still it’s quite a nice place and the chaos is fun to see, even when the sun is not shining and with upcoming elections.

By the way, finding Baklava that doesn’t contain pistacchio, walnuts or hazelnuts is a real mission impossible so I’ll have to make Anja some myself. But there’s plenty of allergy-friendly Turkish Delight around, which is absolutely delicious.