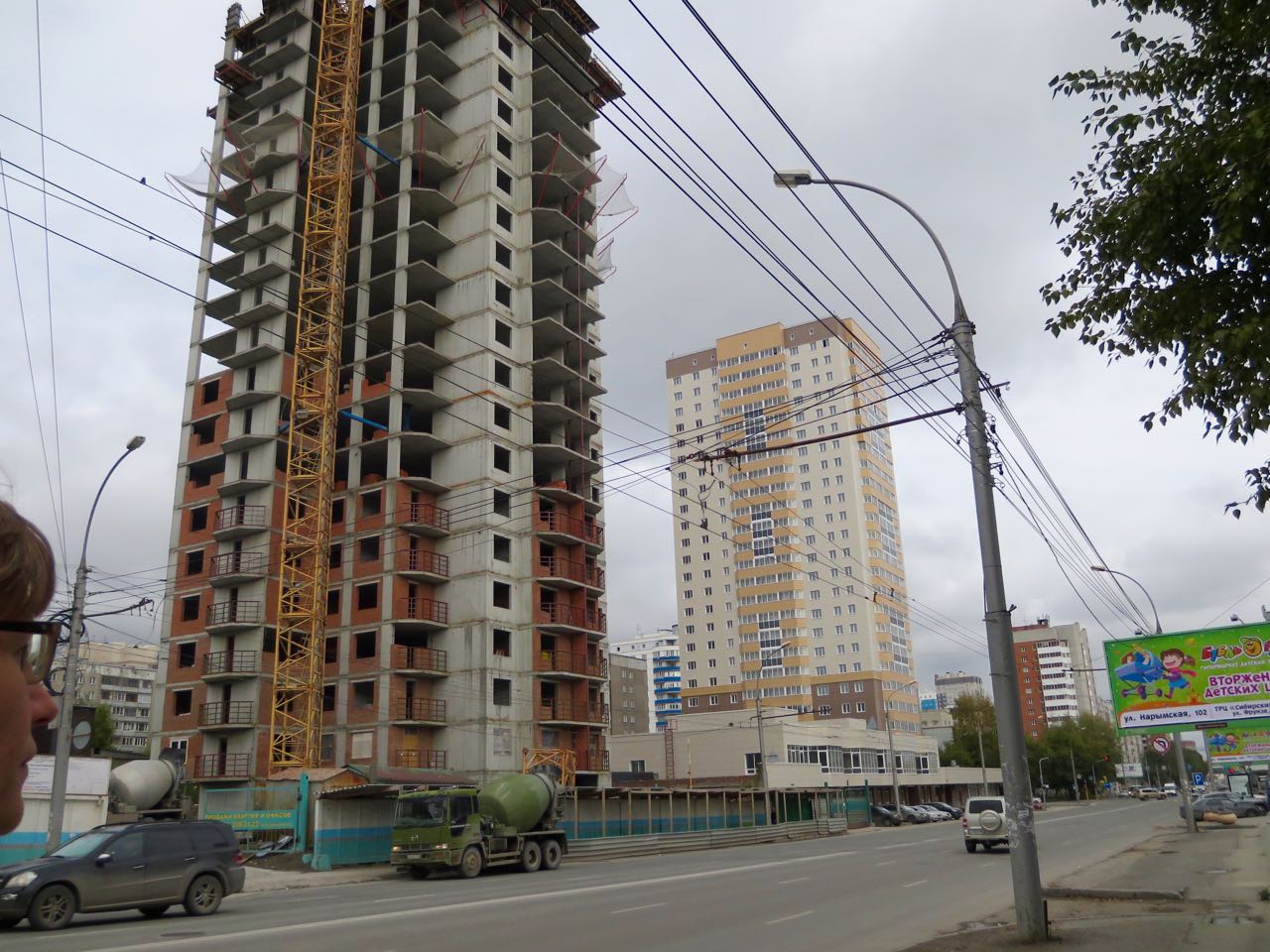 We had been warned before we got of the train. The Russian lady, a lawyer from Tomsk who was going back home from a court case in Tyumen, and accompanied us on the last half of the only 22 hours long ride from Yekaterinburg to Novosibirsk had told us so when we mentioned what our next stopp would be. “Novosibirsk is ugly” she said, and “it”s a typical old soviet city, no nice architecture, just big blocks of grey, ugly buildings”.

She was right. Novosibirsk really is somewhat depressing, grey, old, but not in a nice way, grubby. And cold, nothing left of the sweet late summer days we experienced in Moscow. We got five to seven degrees on average, that felt like minus five, due to intermittent rain and freezing wind. We trotted around the city center, visited a railway museum next to the station, where the staff was visibly astonished that two foreigners took an interest in it. Apparently not a lot of people make their way there.

We took another selfie with Lenin, visited another Byzantine-style church, the Alexander Nevsky Cathedral and stumbled across more hilarious monuments, like the one for the traffic light. Then we found this fun fair, that put us over the edge: hidden in a park, but completely deserted, most attractions closed already, looked like they hadn’t been operational in a long time. The Ferriswheel was still working though, and we dared to take a ride for 100 roubles each (roundabout one pound). Rusty and not very trustworthy overall, but well, YOLO. It started to drizzle a bit once we got on, and the wind was freezing as usual. It moved very slow but didn’t fall over or get stuck, so we enjoyed the lonely ride, we were the only ones on it. The atmosphere was so depressing, we quickly returned to our hotel to get packed – tomorrow we’re off to the great Lake Baikal, thank god. We really need something else to cheer us up now, and great nature is a welcoming change from that grey city.

On the bright side, food is quite good and the people are friendly and cheerful. If you should ever get lost and end up here, the “Beerman & Grill” opposite the train station is the place to go for a good meal and nice people.

Some pictures to convey the atmosphere: