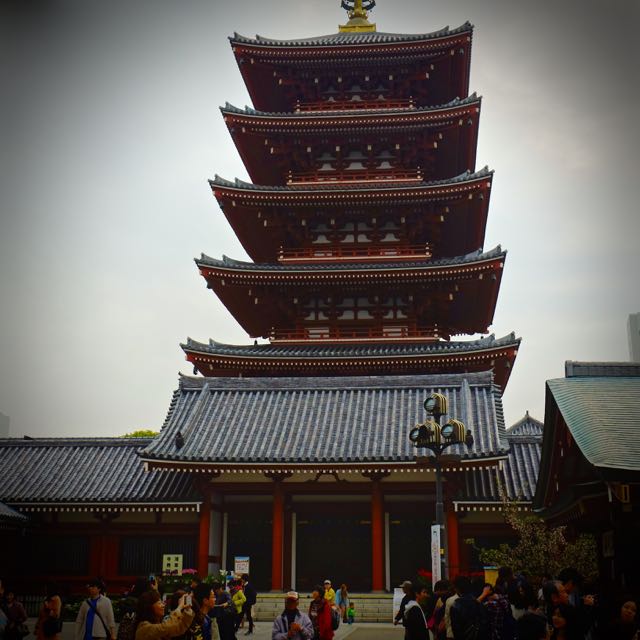 Tokyo is big, it’s very big… The two days that we had to explore were nowhere near enough to see all that the city has to offer.

But we did get a good idea. Tokyo is a vibrant, lively, loud, fun city. And crowded. We arrived on a Friday night, during rush hour and had to take the metro – with our big backpacks and luggage, that’s definitely an experience. Though something to avoid in the future, if we ever come back again.

On Saturday we went to see Shibuya, the world’s busiest junction/pedestrian crossing, strolled around the quarter and did some window shopping on Takeshita street, the center of Japan’s teen culture. Later we visited the Meiji shrine. Did I mention that Tokyo is pretty crowded?

Sunday we started off at Shibuya, to swap our vouchers for Japan Rail Passes. After that we went to see the famous Tsukiji Fish Market – which was closed unfortunately, on Sundays. Didn’t matter, most of the restaurants were open. Anja had some Sushi for lunch, I prefer cooked meals, so I went for a seared horsemeat sushi. Well, “seared” in Japan apparently means “it has been somewhat near a hot pan”. It was surprisingly good, though.

Meanwhile Anja seems to be evolving back to a Paranthropus eating anything she can lay her fingers on that is not cooked. Reminds me a bit of Gollum. 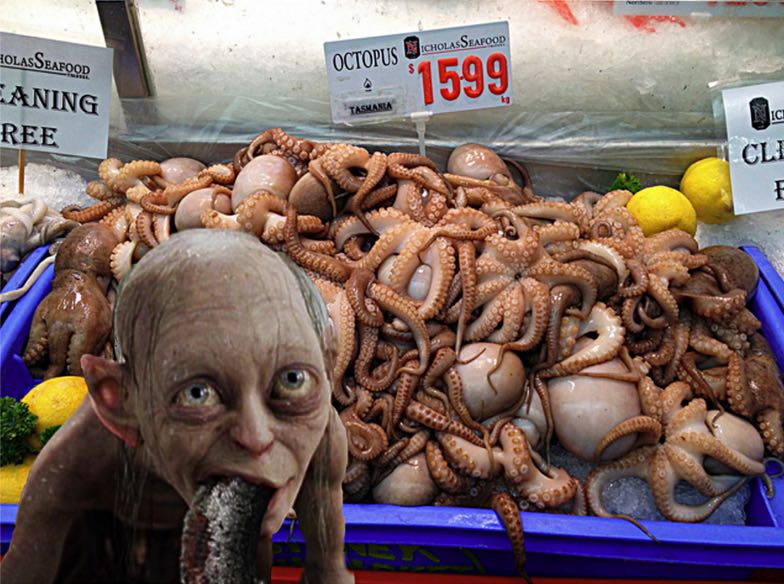 But in her defense I must admit that I am not much better, but less fish and more meat.

After that we visited the Senso-ji Temple in Asakusa (I told you, Tokyo is crowded, right?) and walked around the neighbourhood to get a feel of the city.

There is plenty of great “normal” food here to. Though you will have to get used to chopsticks. We had a great time with our host Yoshi who took us to some great places in the evening and he was very helpful in many ways.

Tokyo is definetly a city where I would have liked to have spent more time. Maybe next time.

And now the pictures…