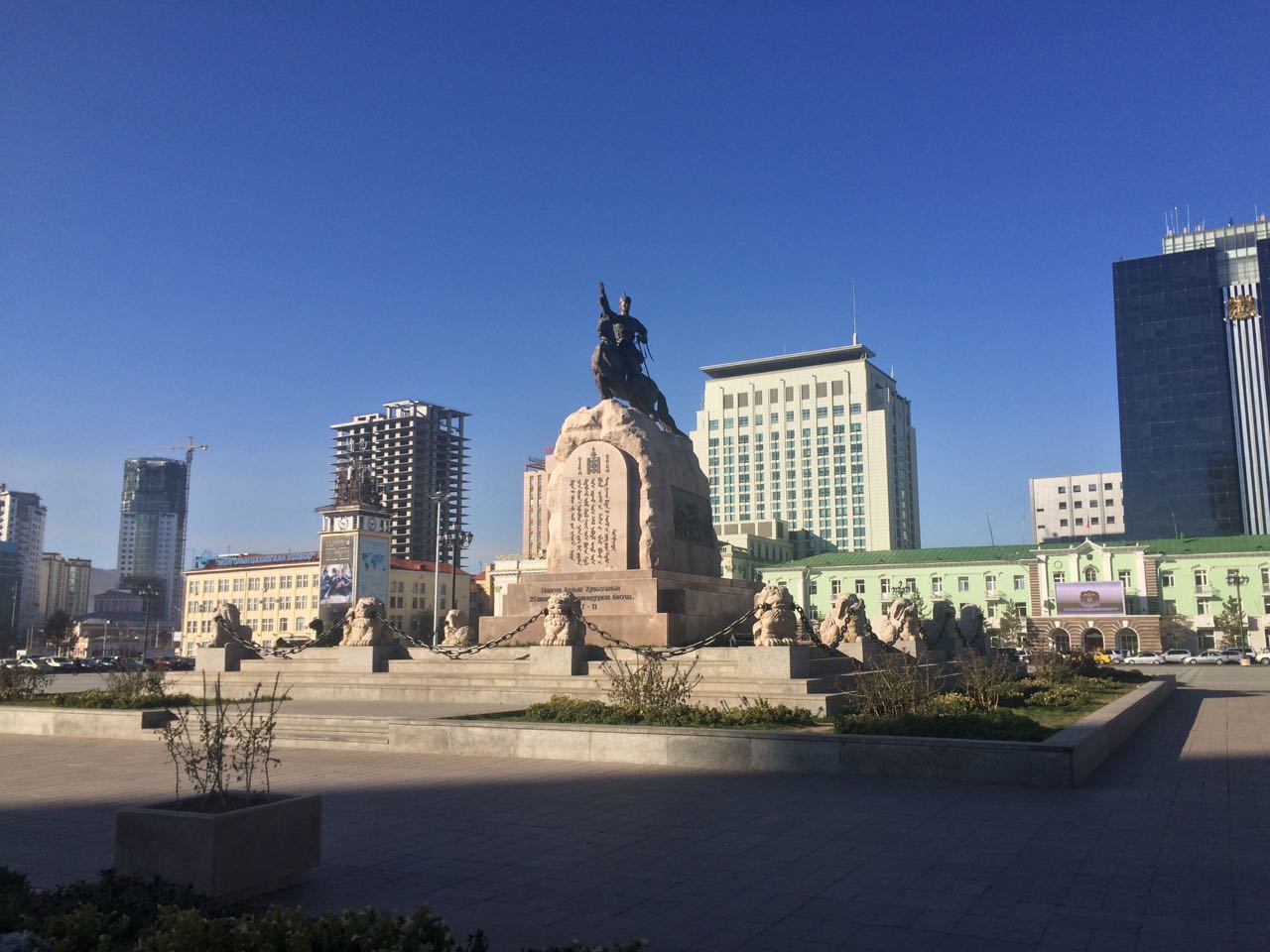 Also known as “UB” Ulaanbaatar is Mongolia’s capital, with a population of 1,3 million, that’s nearly half of Mongolia’s population of roundabout 3 million people. And it seems to continue growing, there was a lot of construction going on when we were there.

We didn’t do a lot of touristy stuff while we where there between our trips to the countryside, but rather used the time to recover from or prepare for our tours, do some shopping (p. e. sleeping bags suitable for winter!) or try to get our Vietnam-Visa sorted out (not successfully – we were told in the embassy we didn’t need one anymore for a duration of 15 days. When we told the guy we would like to stay longer, he just told us we could prolong our stay easily at the immigration office once we’ve arrived, but I’m not sure if that’s true… we’ll figure something out later…)

Some facts about the city:

UB is one of the most polluted cities in the world. Main reason is it’s population growth, most of which takes place in the ger districts, where coal and wood are fired for heating. Traffic is also responsible, the number of vehicles has increased from 75,000 to more than 300,000 between 2005 and 2013.

According to our (completely subjective) observations UB is the city with the highest proportion of Toyota Prius cars outside Japan (and possibly California), but apparently this doesn’t help with the air pollution issue…

UB is also the place where you will find the best pizza outside Italy: The salami pizza with black olives at the restaurant “Veranda”. It really is the best we’ve tasted on our travels so far, the salami sausage is soo tasty, and the tomato sauce tastes unbelievable fruity and rich. Mongolia has very good food anyway, the meat is always a lot tastier than what we’re used to (there is no such thing as industrial meat production, the animals live freely and don’t get fed, they just graze on the pastures, so this is probably the most free-range meat you will get) and also veggies are surprisingly good (must be the amount of sun they get).

Last but not least: cars WILL run you over. Even if you cross at green light.

Instead of pictures we’ve created a little movie to give you an idea of the city (we tried to capture the chaos and smog, but somehow it didn’t work out, it looks so calm and peaceful most of the time):