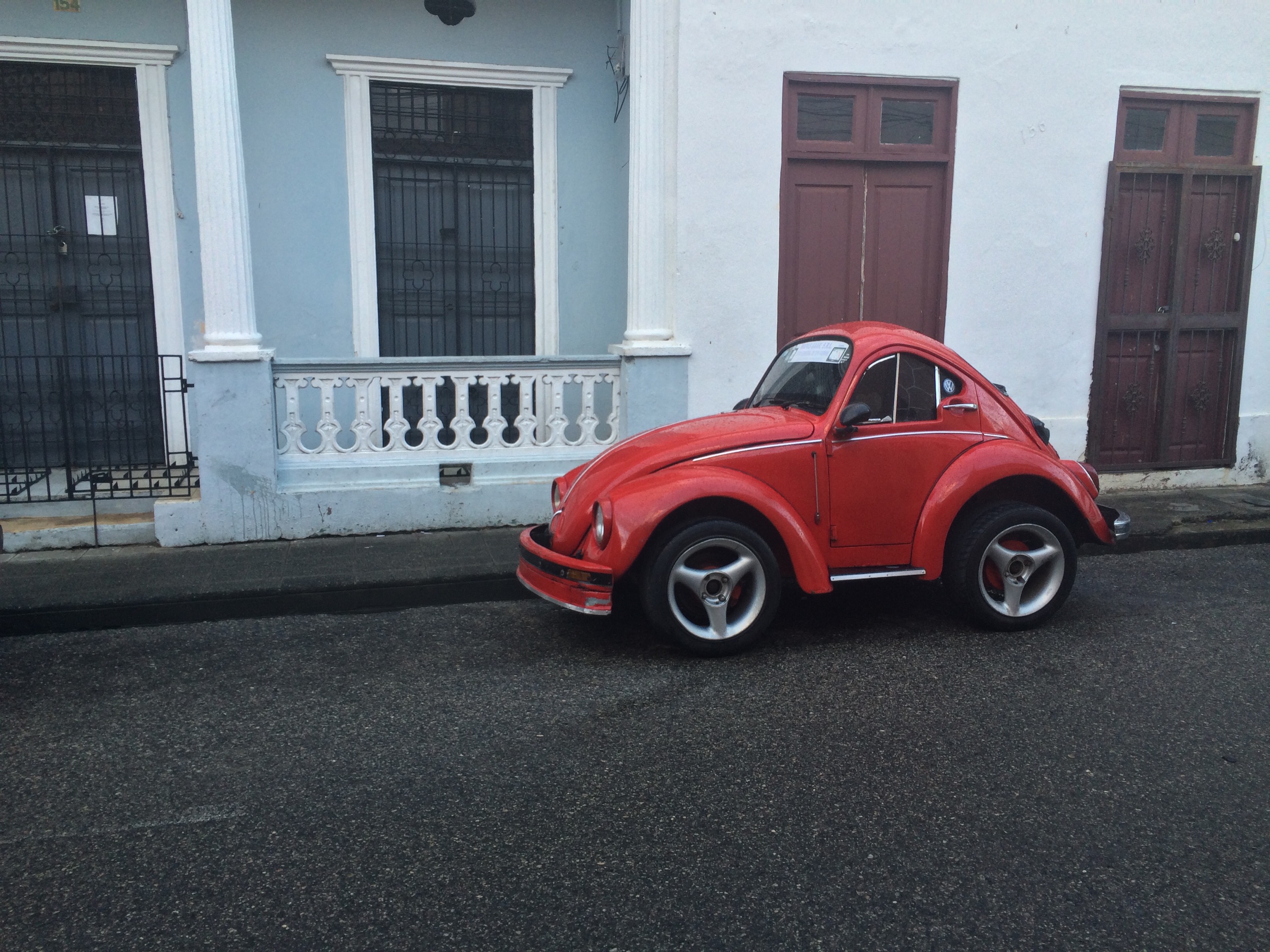 Two major differences to the predecessor model are striking. It’s obviously smaller than the established New Beetle and shows more resemblance to the original old Beetle. “We have committed ourselves to reduce our CO2 emissions by 20 percent to 2018, and the easiest way to achieve that is building smaller cars that need less energy”, VW spokesman Herman Käfer explains. Another explanation that was leaked to us by well-informed sources might reveal less noble intentions: It is said that the head of the VW Design Department, Manfred W.-V. miserably failed at parking his new SUV, a VW Touareg, in a small parking lot in Hannover, damaging a car next to him. The driver of the damaged car got furious, telling him to “get a Smart” if he wasn’t able to control such a big vehicle. Being a considerable man, W.-V. actually asked for a smaller company car. Since a Smart was obviously out of question, and the Up did not appeal to him, he designed the new Beetle.

Going back to the roots with the look of the car is a completely new philosophy at VW. In the past, the company seemed to us as not particularly keen on the retro designs other companies followed, like Fiat’s new 500 or BMW’s Mini. We are curious about the facelifts of the other VW models that might follow this path.

“Santo Domingo with its narrow lanes, tight parking spaces and complete anarchy on the streets is the ideal place for test drives with the New Beetle”, Käfer says. The New Beetle will probably be available in Europe in summer 2015. There will be two different versions, the “Easygoing” with a 35 PS engine, and the “Sporty” with 60 PS.