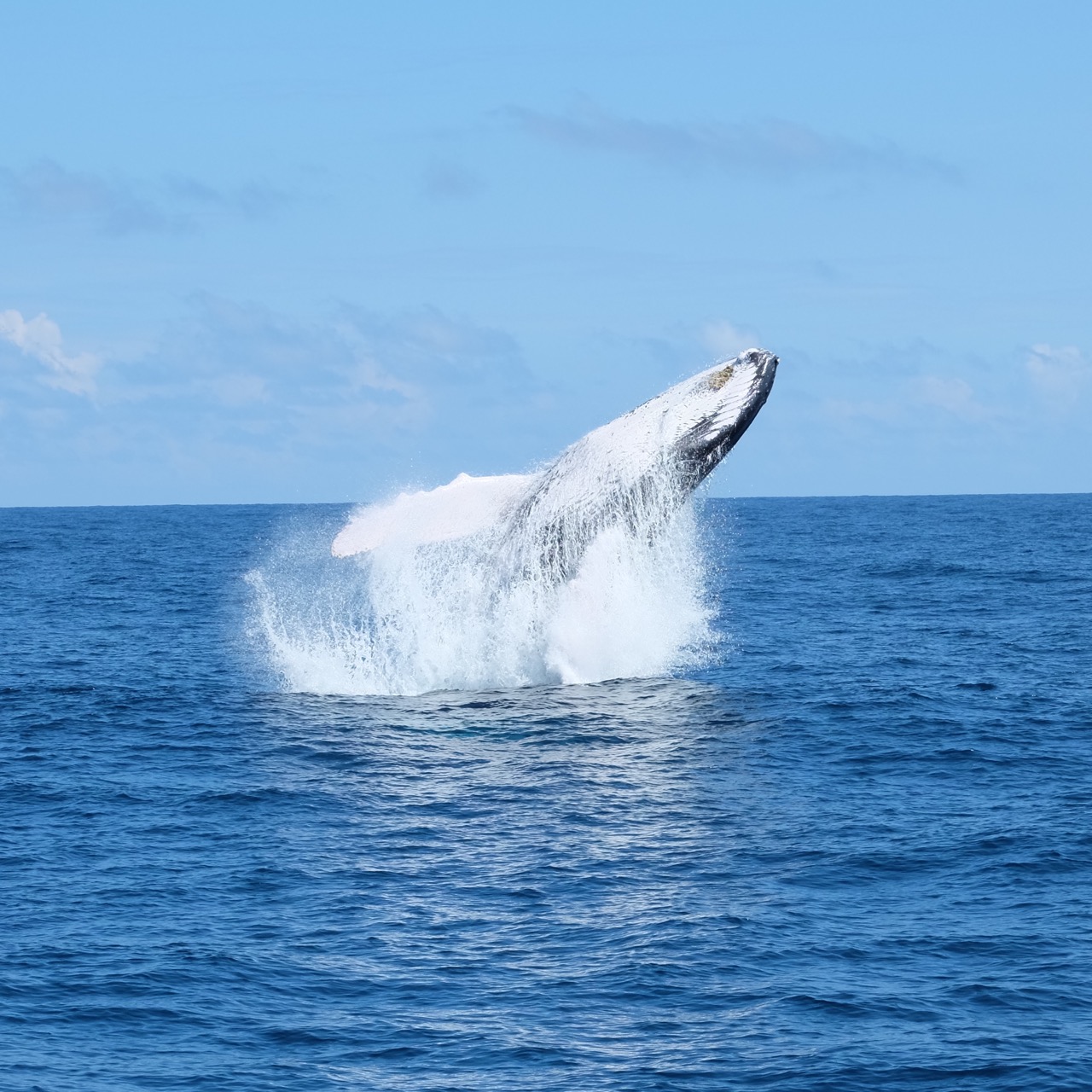 Today we’ve done the most amazing thing so far on our journey: We went whale watching in Samana Bay.

Every winter, around 1000 humpback whales travel to Samana Bay to mate and bring up their calves. This place is apparently one of the best in the world to watch these huge animals in their natural surroundings. We went on a vessel with Kim Beddal, number one expert on humpback whales in the Dominican Republic. She started the whole whale watching business here in the 1980s. And we weren’t disappointed.

We saw a lot of action, the first whale we followed was a pretty young, small one, coming up to get some air every few minutes. Next we saw a bigger one who even did some jumps for us. Henry managed to get some nice pictures of this one. In the meantime, two traditional fishers in a rowing boat tried to escape the scene. The highlight was a small group of three whales we encountered at the end of our excursion: Two males were fighting for their right to escort a female, according to Kim the “first reproductive activity seen this season”. They didn’t care for the boats around and came quite close – Henry got a few nice shots of them as well.

It’s absolutely stunning to see these giants in action so close. If you ever get anywhere where you can engage in whale watching – do so! Whale watching also plays an important role in the fight against whale hunting by teaching people that you don’t have to hunt whales to get an economic advantage from them.

One thought on “Whale watching in Samana Bay”