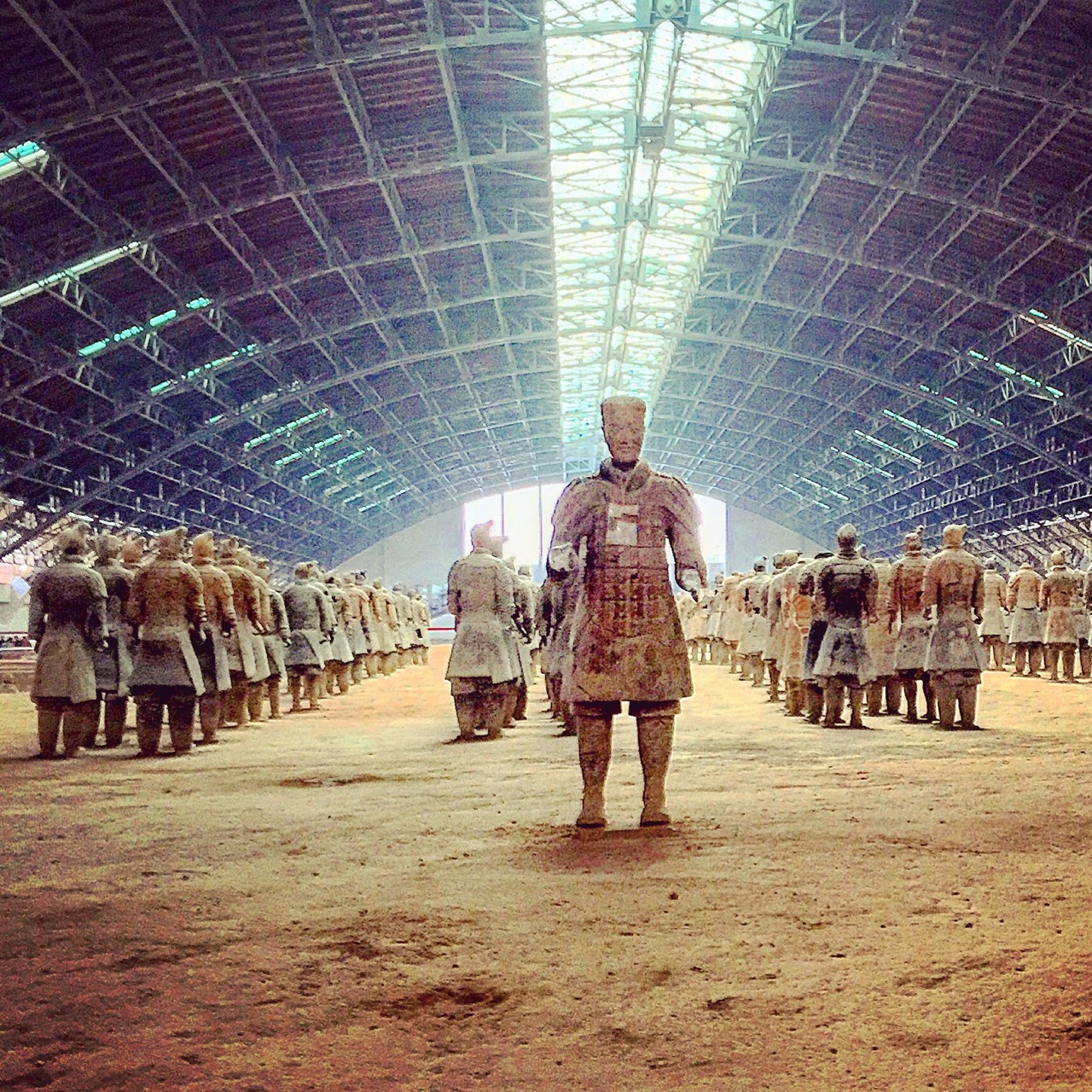 Roundabout thousandonehundred kilometers and only five and a half hours on the train after we had  left Beijing, we arrived in Xi’An. To cover this distance would have taken at least 24 hours on the Transsiberian Train. Luckily, we took China’s high speed bullet-train, called “G-Train”, which flew with 300 kilometres an hour past big and growing cities that no one has ever heard of who hasn’t been to China.

Xi’An is just another eight and a half-million-people-metropolis. There are no real small towns in China, everything under 8 million is basically a “small town”.

There is one reason to go there, the famous Terracotta Army of China’s first unifier, Qin Shi Huang. And they really are an imposing sight (after you’ve paid an equally imposing entrance fee…),  especially the first, vast hall with them all neatly lined up. It’s also still a lot of work in progress, lots of little terracotta pieces are still waiting to be put together again to become more warriors or horses.

The sight was quite crowded, as expected, especially in the smaller third hall you have to quarrel to get spots in the front row every now and then… welcome to tourism in China! 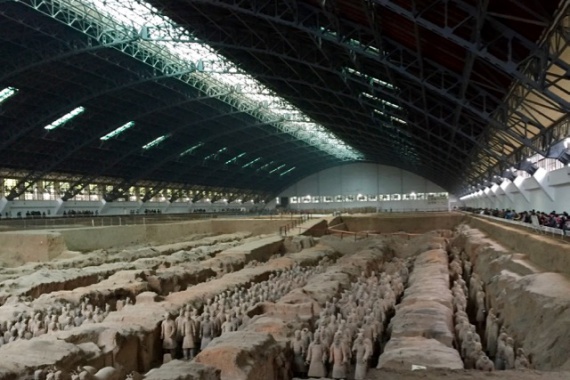 One last piece of advice: if you leave and go through that alleyway of souvenir shops and restaurants – don’t go to eat there. It’s absolutely overpriced and also of quite bad quality. Typical tourist traps. Trust us, we know (made that mistake – paid a fortune for some dumplings and some chicken, that was more bones that meat).

But Xi’An actually has more to offer that the famous warriors. There is a very nice muslim quarter in the center of town, little alleyways with candy shops and lots of street food. Unfortunately, it was raining cats and dogs, basically all the time we were there, so we just went for a short stroll around. The city walls are also worth a visit, you can cycle on top of them, but we didn’t because of the bad weather.