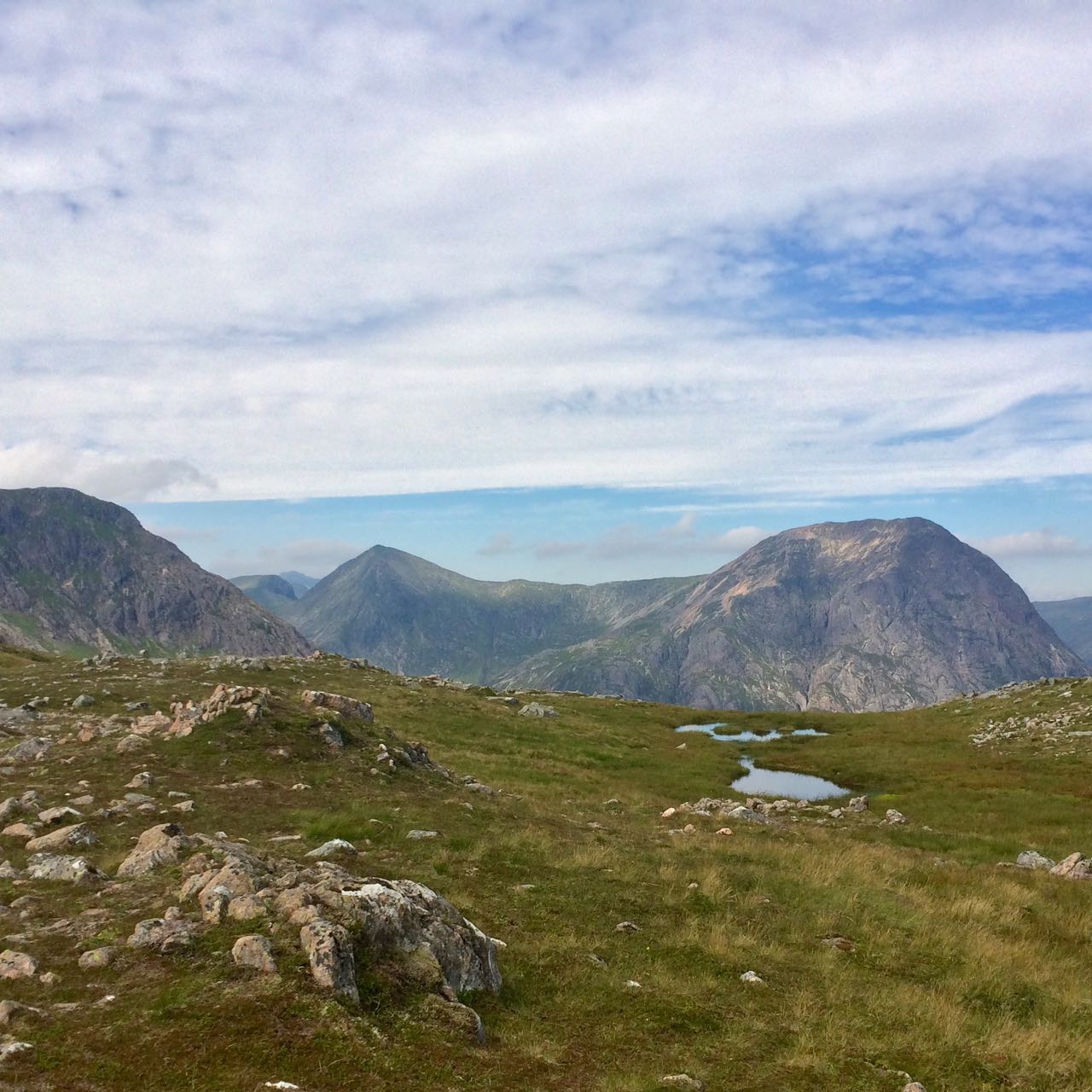 On our second day in Kingshouse we got lucky, it was a warm, sunny day. Perfect for some hillwalking. Behind the café of the Mountain Resort a chairlift went up a hill to a viewpoint (which is also the starting point of a really scary-looking downhill mountain bike trail) and a trail to the top of the Creag Dubh hill, 748 meters high. Underneath the chair lift, a designated footpath would lead the daring hiker to the same destinations. So we chose the path. It was probably the toughest ascent we have climbed so far. Even harder than the hill next to the temple in Naesosa, South Korea, though maybe not in overall ascent but here there were no steps, only a very rocky steep path. We ascended 370 meters in roundabout one kilometre length, took us good 45 minutes just to get to the viewpoint. Going up was arduous, but we were rewarded with stunning views on the surrounding munros. Going down was even tougher and rather scary, we really had to watch our steps. But we managed to come down again safely, again it took us roundabout 45 minutes.

One thing we really love about the Highlands, beside the glorious mountains of course, is the moors and marshes. Wide, open expanses with scattered little lochs. So when we got back in the earl afternoon I decided to go on walk around the Rannoch Moor. There was a broad gravel road, a designated footpath leading to Rannoch station, 19 miles away, which I followed a few miles before I turned back.

The track profile of our climb up to the viewpoint:

Climbing to the top of Creag Dubh and back down again:

Pictures of hills and moor: