Lack of time wasn’t the problem. We had time. Not quite like Doctor Who, but still lots of time. I have no idea how we ended up having to get rid of the 10.000 things we own according to statistics (and probably really did own!) last weekend. We had already given away our couch three weeks ago. One should think that by doing so we had gotten rid of the most dangerous temptation to procrastinate. This does not seem to be case. My lessons learnt:

1. Keep too many things

I have given away more clothes during the last couple of weeks than Henry has bought for himself in the last ten years. Henry on the other hand has disposed of many boxes filled with cables and electric things of which I do not have the vaguest notion what purpose they may serve. We had started weeks before the day we had to move out. It felt like we had already cut our possessions in half – and still had way too many things. Anyway, we are still lightyears away from living out of two suitcases and two boxes like minimalist Kelly Sutton. Thankfully, my parents’ house comes with a big basement. 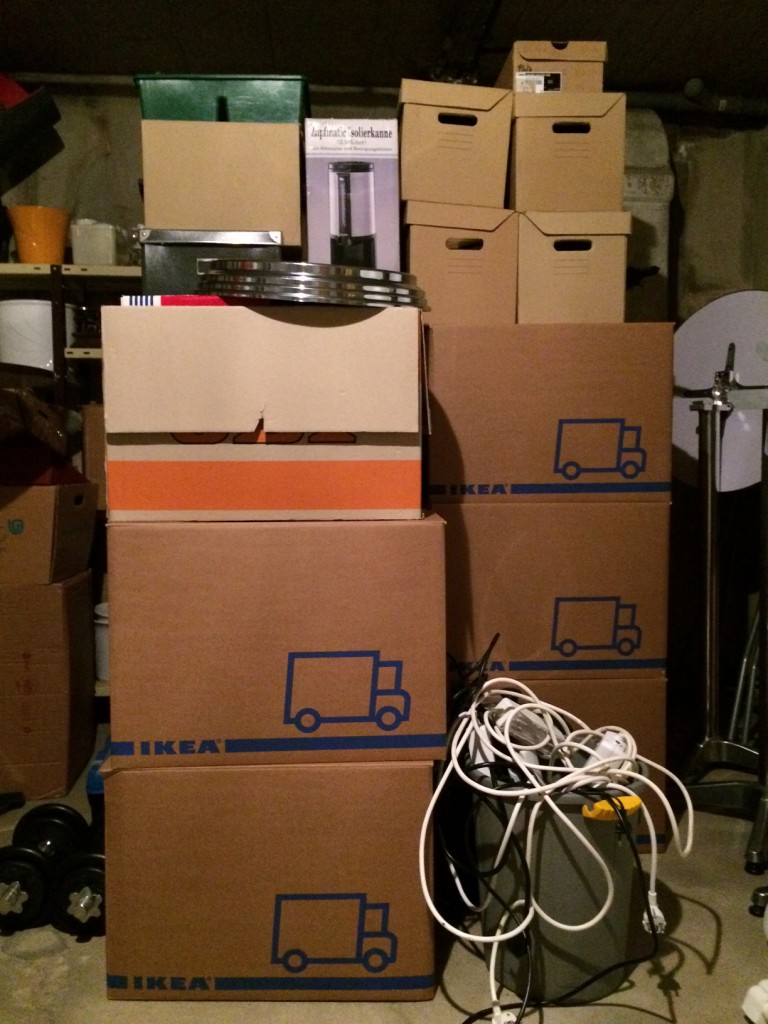 Yes, we did give away our couch early. But we clearly underestimated other temptations. There is the internet, for example. TV. Books. Games. A city outside. Laundry to iron. Believe me, EVERYTHING is way more interesting and surely more important than dealing with the 20 file folders containing bills, contracts, recipes, letters, bank statements and other paperwork that had been filed unsorted over the last ten years or so. 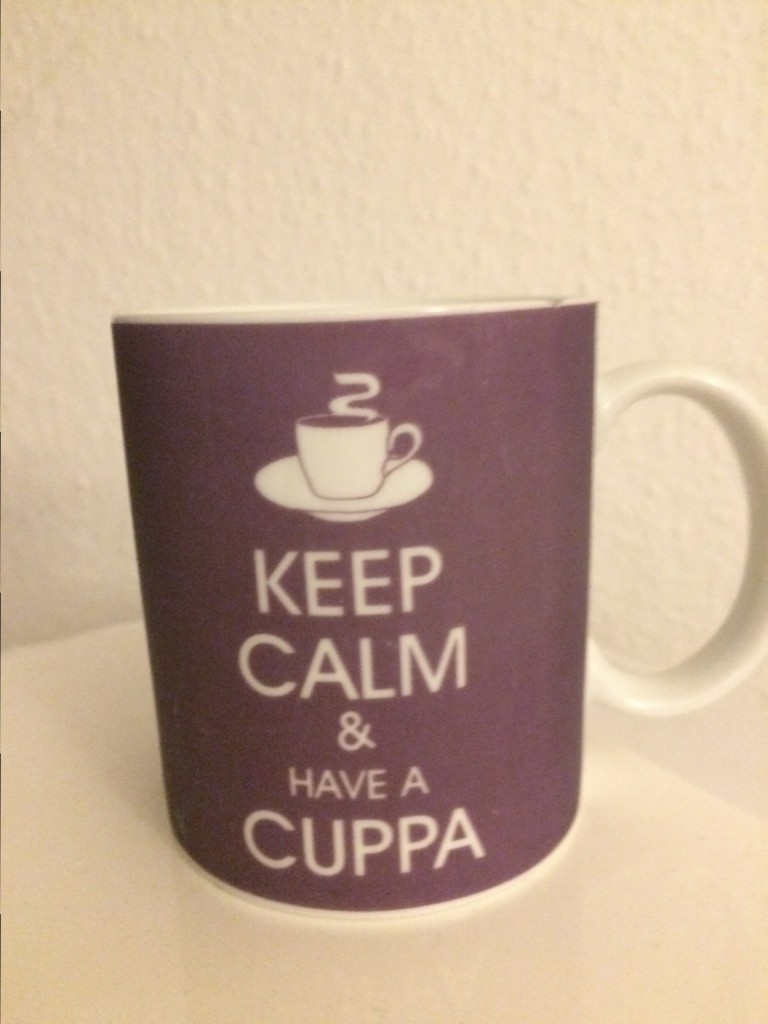 To part from things is more ore less like a break-up. It huts. Well, getting rid of the complete works of the Backstreet Boys may not be that hard. But deciding on whether to keep or get rid of presents is. Or things we’ve worked on. However, I found out there is a correlation between the emotional tie to things and time left to the appointed day of moving out. On the last day before we had to leave the appartment I could easily put on the street the Ikea table we had lovingly refurbished using old maps to take away by passers-by. It was gone in five minutes. 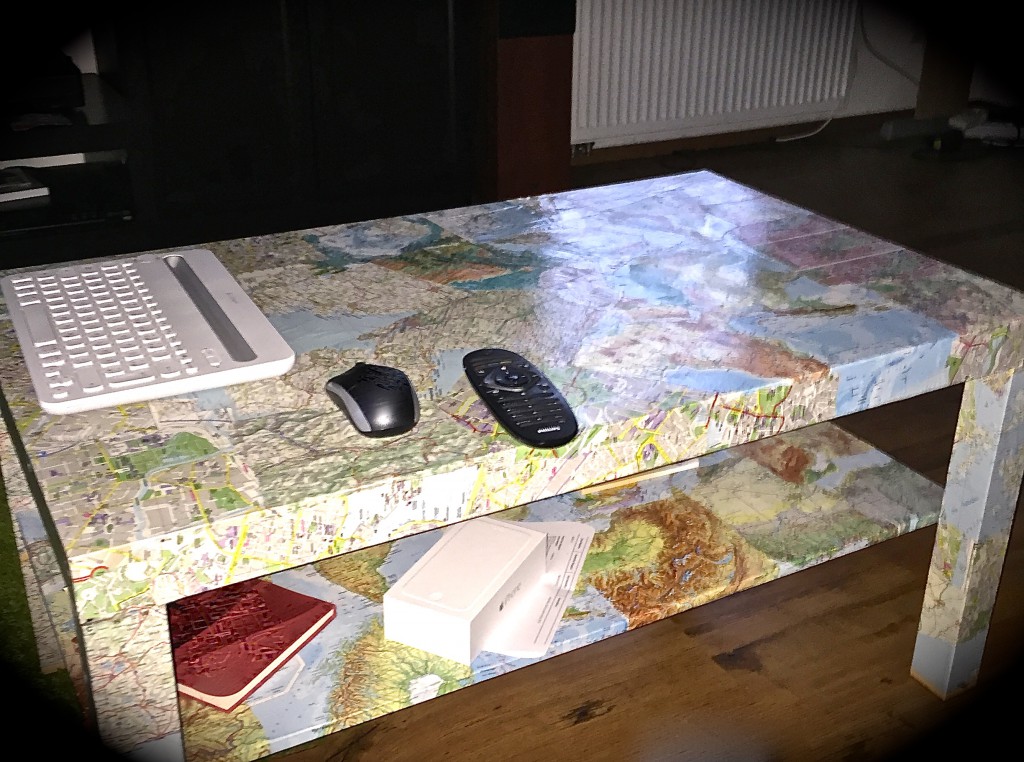